Zombie knife thug, 18, who avoided prison over terrifying road rage row is now JAILED for more than three years on appeal after public outcry forced a review of his ‘lenient’ sentence Joshua Gardner was caught on camera slashing at driver with a zombie knife There was fury when alleged gang member avoided jail on

Zombie knife thug, 18, who avoided prison over terrifying road rage row is now JAILED for more than three years on appeal after public outcry forced a review of his ‘lenient’ sentence 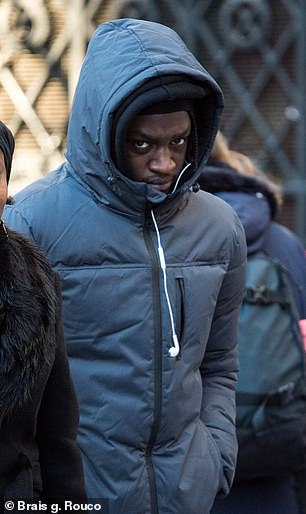 Joshua Gardner, who originally avoided jail for swinging a zombie knife at a motorist, has today been sent to prison by appeal judges

A thug who brandished a zombie knife at a motorist in a road rage attack has finally been sent to prison after originally walking free from court.

Joshua Gardner, 18, was caught on camera brandishing the enormous blade on a busy south London road and threatening a 19-year-old driver, who got out and ran away.

But there was fury among Londoners and many police officers when he was only given a suspended sentence for the shocking attack.

Today, three appeal judges reviewed the case and decided Gardner should have been jailed. They handed him a three and a half year prison term and he will be taken into custody in the next 24 hours.

Finding the original suspended sentence was ‘unduly lenient’, Lord Justice Leveson said: ‘One of the challenges facing society is the carrying of knives.

‘There can never be any excuse for carrying the weapon this offender carried on this day.’

Gardner was originally given 150 hours of community service after claiming he was scared of being kidnapped. 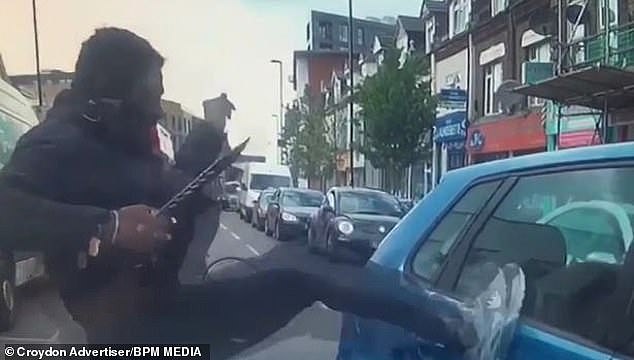 It has since emerged that Gardner is part of a ‘drill’ music gang, who rap about shootings and ‘slashings’ in music videos filmed in south London.

Gardner is said to be known to the Met Police’s gang unit and has appeared in drill videos produced by the so-called ‘GLane’ gang.

He had a previous conviction for attempting to rob a schoolboy of his mobile and wallet at knifepoint and was convicted of attempting to cause grievous bodily harm with intent over the road rage incident.