Amazon fires: Children having trouble breathing as nearby villages choked with smoke

For residents of Porto Velho, the capital of the state of Rondonia in the Brazilian Amazon, waking up to a cloud of smoke is becoming all too familiar. Since the beginning of August, foggy days have become the norm and hospitals are starting to see a surge in respiratory problems. “[Smoke] is normal during this season, but this 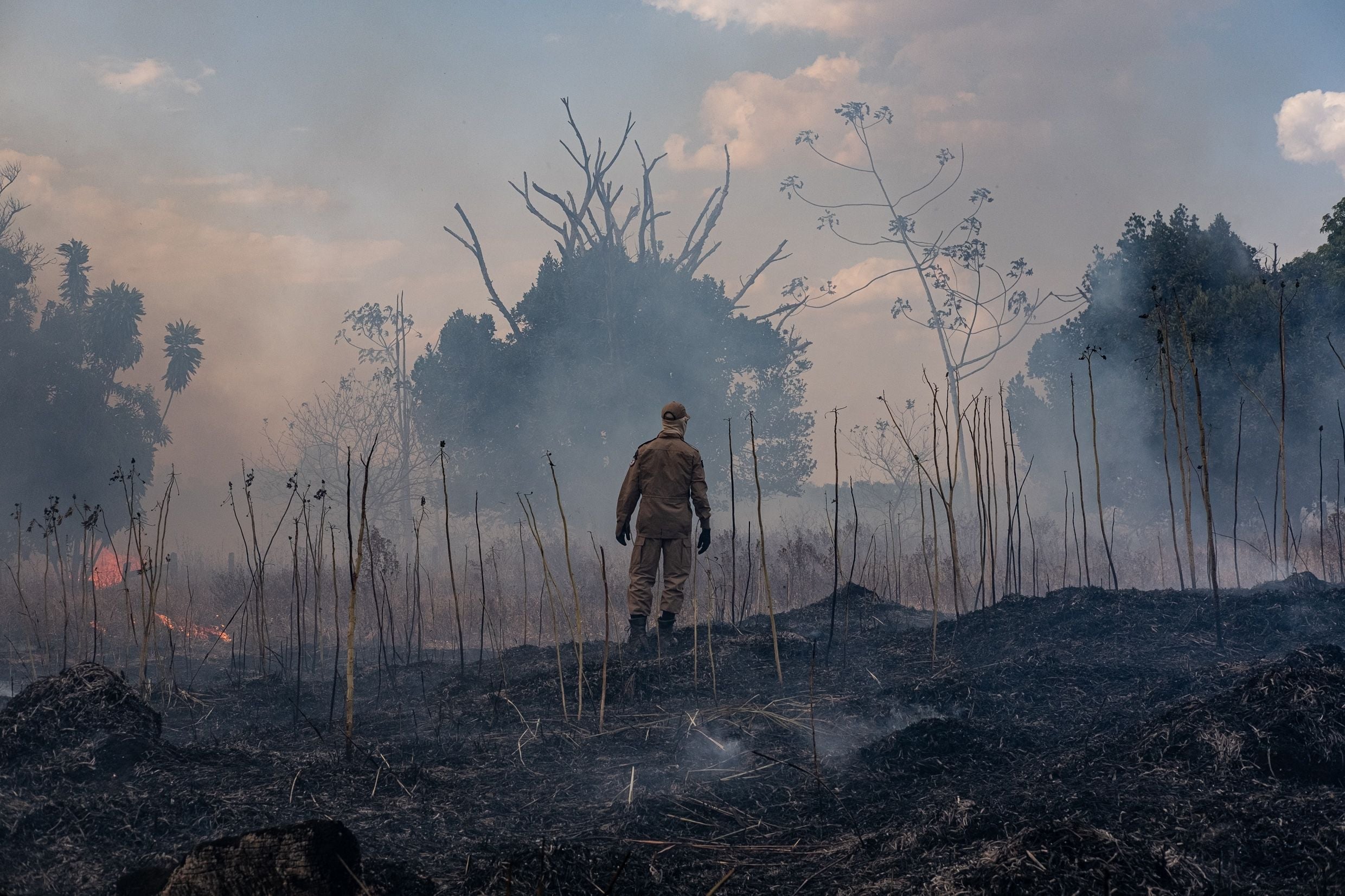 For residents of Porto Velho, the capital of the state of Rondonia in the Brazilian Amazon, waking up to a cloud of smoke is becoming all too familiar.

Since the beginning of August, foggy days have become the norm and hospitals are starting to see a surge in respiratory problems.

“[Smoke] is normal during this season, but this year it is worse,” a member of the Rio Branco school, a municipal school in the town, tells The Independent.

Last Monday, even the city airport had to close due to low visibility – it was the third time in the last month.

He noted that in that morning alone, three children had already sought medical attention complaining of breathing problems.

The school made headlines after students and teachers organised a demonstration two weeks ago to raise awareness on the degradation of the city’s air quality.

But with the environment now a heavily politicised topic in Brazil, many saw the act as a political demonstration against the government, leaving teachers too afraid to speak out for fear of being retaliated against.

“Our city is covered in smoke. This is the situation that we wanted to show, so that people would stop make more fires,

“But it wasn’t a protest against a, b or c, it was to call to attention, because people don’t realise that they’re living surrounded by smoke,” the school member tells The Independent, asking to remain anonymous.

Ivaneide Bandeira, 60, runs Kaninde, an organisation that works with indigenous communities across the Amazon.

Last week she travelled with the NGO from Rio Guaporé to Guajara Mirim, and soon found herself stuck in the thick smog.

“We travelled for eight hours under intense smoke. When we got to there, the city was covered in smoke,” Bandeira says.

The effects of the smoke are beginning to take their toll.

“Everyone is getting sick. I have a headache and my throat hurts.”

Every year, during the dry season, some smoke can be seen covering large parts of the Amazon sky.

It comes from fires known in Brazil as ‘queimadas’, which are usually set on by landowners to clean up their lands and enrich them with the ashes.

Typically, such fires only make local headlines, but this year, an unexpected change in wind patterns drove the smoke to São Paulo, South America’s largest city, causing a sudden darkening of the sky during the afternoon.

According to figures from the National Institute of Space Research, the number of fires in Brazil this year has also increased 76 per cent compared to the same period last year.

It’s the highest number since 2010, when the Amazon experienced the worst drought ever recorded.

The government has put the blame of this years’ figures on high temperatures, but 2019 has been relatively mild, say experts.

“We are not in a dry year, or in a year of climate events that promote an extreme drought in Amazonia or the centre of Brazil,” says Ane Alencar, a researcher at NGO Ipam.

What rer research does show, however, is that this year’s fires are happening in the same places where deforestation is increasing.

The official deforestation rate for 2019 in the Brazilian Amazon will only be released in a few months, but the monthly series already suggests that it will be higher than last year.

Environmentalists are arguing that the government’s rhetoric encourages illegal activities and is the underlying cause for the high rates of fires and deforestation that we are seeing.

The government has also green-lighted large infrastructure plans, such as highways and a hydroelectric plant, despite the grave environmental risks. Other plans include legalising irregular mining activities and easing environmental regulations within indigenous lands to allow large-scale agriculture.

For the 20 million living in the region, now suffering a haul of respiratory problems, the government has provided little in the way of a solution.

Members of the government, instead, describe them as “poor people seating on great wealth.”