Follow the latest updates live from the Emirates as Arsenal take on Tottenham Hotspur in the first north London derby of the season this afternoon. Both sides come into the game on the back of league defeats, with Arsenal suffering at the hands of a rampant Liverpool side while Spurs were stunned at home by 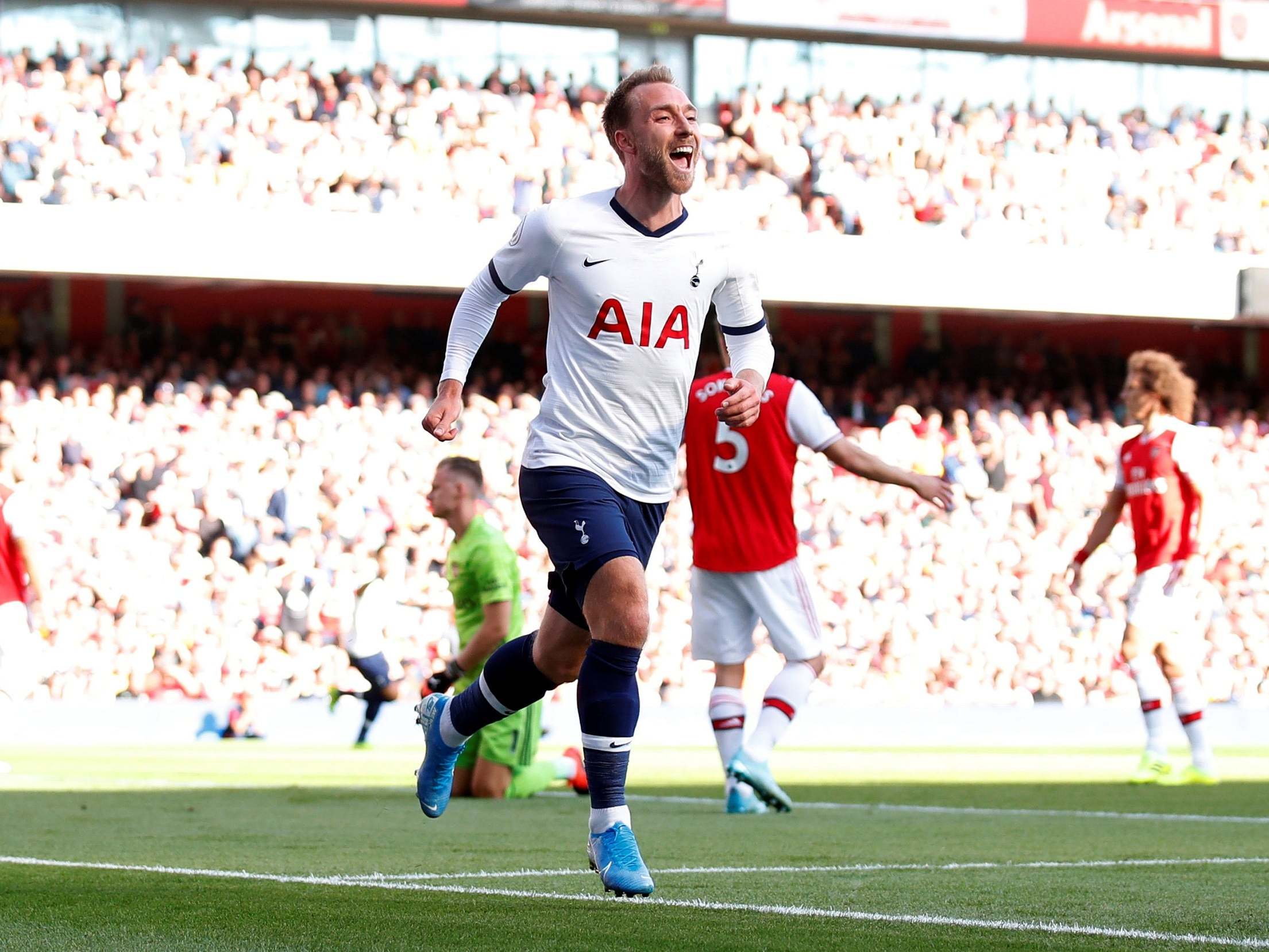 Follow the latest updates live from the Emirates as Arsenal take on Tottenham Hotspur in the first north London derby of the season this afternoon.

Both sides come into the game on the back of league defeats, with Arsenal suffering at the hands of a rampant Liverpool side while Spurs were stunned at home by Newcastle United. The equivalent match last season was an entertaining clash, won by Arsenal 4-2 as Pierre-Emerick Aubameyang and Alexander Lacazette both scored.

Arsenal boss Unai Emery has for the first time deployed strike-trio Nicolas Pepe, Pierre-Emerick Aubameyang and Alexandre Lacazette, while Mauricio Pochettino has restored both Christian Eriksen and Jan Vertonghen to the starting line-up. Follow the liveaction below.

Kane makes no mistake from the spot, sending Leno the wrong way! Spurs double the lead just before half time, and Arsenal have a lot to do to get back into this one.

Penalty for Spurs! Xhaka slides in recklessly on Son in the box and Martin Atkinson points to the spot!

Eriksen tests Leno with a powerful shot from a free kick. It’s another good save from the German, who’s had a strange game so far.

Kane finds space to shoot on the edge of the box and hits a low effort towards the bottom corner. Leno, again, can only parry the ball into the path of a Spurs player. Fortunately for the Arsenal goalkeeper, Son is forced wide and has to pull the ball back to Kane, who delays his shot and is dispossessed.

Another booking for Spurs. This time it’s Lamela, who pulls Kolasinac down. The visitors deal with another corner, but they’re being pushed back by Arsenal and struggling to counter attack as efficiently as they were earlier in the half.

A couple of corners come to nothing for Arsenal, but they’re well on top at the moment. All that’s lacking is the final ball.

Pepe sends an inviting delivery into the box from the free kick, but Kane does his defensive duties well again, heading behind for a corner.

Spurs get themselves into a mess from a goal kick. They attempt to work the ball out from the back, but a loose touch from Rose allows Lacazette to steal the ball. The full back then takes him out and goes into the book.

It’s Pepe who takes it, and it’s not too far away. He curls the ball around the wall but it’s just wide of the far post.

Lacazette does well to win a free kick on the edge of the Spurs box. David Luiz and Pepe stand over the ball…

The resulting corner drops to Torreira on the edge of the box, but his first time effort is off target.

Arsenal are regaining some control of the game after that shaky spell following the goal. And they create their first chance since going behind. Aubameyang runs at Sanchez and sends a cross to the back post where Pepe is waiting. Rose makes a crucial block to deny the Frenchman.

Brilliant save from Leno! Spurs break quickly again, releasing Son who makes his way into the box. His curling shot looks set for the top corner, but Leno flies to his left, pushing it behind for a corner.

Eriksen is up for this. He drives at the Arsenal back four, cuts inside and unleashes a powerful shot. It’s straight at Leno, who makes a comfortable save.

Tottenham have been buoyed by that goal. They look a real threat when they come forward now. Arsenal’s fragile defence has been exposed again.

It’s been all Arsenal in the opening ten minutes, but they find themselves behind! Spurs break quickly and Son sets Lamela through on goal. His low shot is saved by Leno, but he parries the ball straight into the path of Eriksen, who has a tap in. Against the run of play, Tottenham lead.

Lacazette latches onto a loose ball on the edge of the Tottenham box and gets a shot off. But he doesn’t connect well, dragging it wide of the far post. Spurs look unconvincing defensively here.

It’s been a predictably high intensity start from Arsenal. Tottenham are looking to manage the opening stages but they’re being penned back into their own half, forced into some early defending. Kolasinac again finds his way past Sanchez, but the Spurs defender recovers. Arsenal get a corner, though, from which Maitland-Niles fires off a shot from the edge of the box. It’s blocked well by Kane.

A lively start from the hosts! Aubameyang sends Kolasinac away down the left with a lovely flick, and the full back picks out Pepe in the middle. He finds space on his left foot and shoots, but his effort flies over the bar. It’s taken just a minute for Sanchez to be caught out at right back.

Spurs get the first North London derby of the season underway!

How can I watch it?

Sky Sports Main Event and Sky Sports Premier League will be broadcasting the game, with coverage beginning at 4pm.

Can I stream the game online?

With a Sky Sports subscription you can stream the match from your phone or tablet with the Sky Go app.

What is your prediction?

Tottenham and Arsenal are both coming into the game after defeats, with neither side looking hugely convincing thus far.

North London derbies are often entertaining affairs, so we are predicting a 2-2 draw.