Labour is edging closer to support for a second Brexit referendum, after a drubbing at the European Parliament elections which saw Remain voters desert them for Liberal Democrats and Greens. In early-morning messages after seeing the party slump to third place with a 14 per cent share of the vote, both Jeremy Corbyn and shadow chancellor John 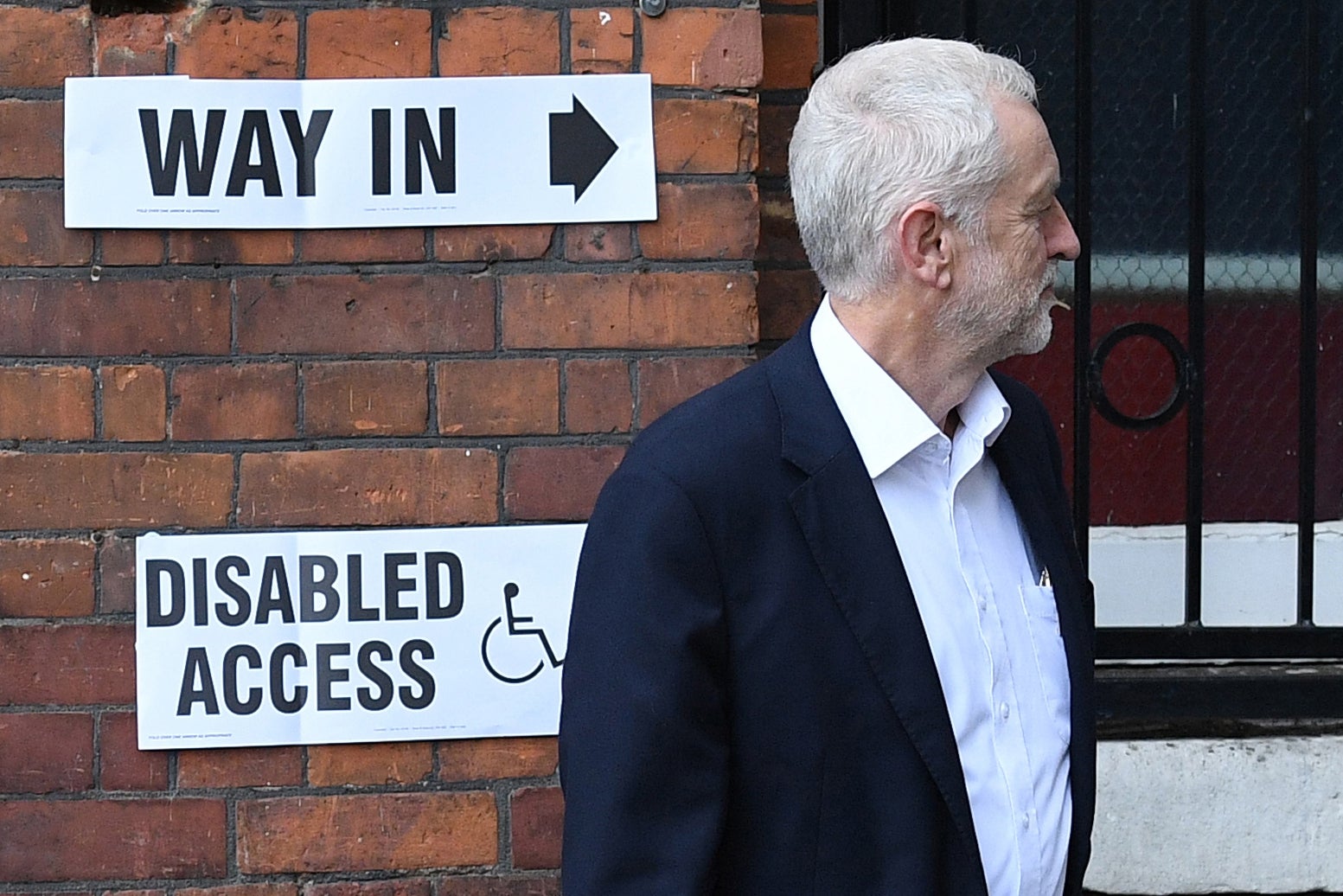 Labour is edging closer to support for a second Brexit referendum, after a drubbing at the European Parliament elections which saw Remain voters desert them for Liberal Democrats and Greens.

In early-morning messages after seeing the party slump to third place with a 14 per cent share of the vote, both Jeremy Corbyn and shadow chancellor John McDonnell said that the issue of EU withdrawal must be put to a public vote – which could come in a general election or a Final Say referendum.

Notably, neither mentioned Labour’s alternative Brexit deal, which has previously been presented as a preferable option to a second referendum.

Their comments came as senior party figures blamed the party’s ambiguous stance on Brexit for the exodus of votes, with deputy leader Tom Watson blasting the position as “mealy-mouthed” and shadow foreign secretary and key Corbyn ally Emily Thornberry said Labour was paying the price for a policy which was “not clear enough”.

Mr McDonnell tweeted: “Can’t hide from hit we took last night. Bringing people together when there’s such a divide was never going to be easy. Now we face prospect of Brexiteer extremist as Tory leader and threat of no deal, we must unite our party and country by taking issue back to people in a public vote.”

MInutes later, the shadow chancellor added: “So people are absolutely clear what I am saying. Of course I want a general election. But I realise how difficult this is to secure.

“I will do anything I can to block no-deal Brexit. So yes if, as likely, general election not possible, then I support going back to the people in another referendum.”

As results rolled in last night, Mr Corbyn said: “After three years of Tory failure to deliver a Brexit that works for the whole country, these elections became a proxy second referendum.

“With the Conservatives disintegrating and unable to govern, and parliament deadlocked, this issue will have to go back to the people, whether through a general election or a public vote.”

He added: “Over the coming days, we will have conversations across our party and movement and reflect on these results on both sides of the Brexit divide.

“We will not let the continuing chaos in the Conservative Party push our country into a no-deal exit from the EU. Parliament can and will prevent such a damaging outcome for jobs and industry in the UK.”

Meanwhile, shadow home secretary Diane Abbott said Labour must “listen to our members”, who polls suggest back a Final Say vote by a large majority.

“We have to take the time to analyse the EU vote,” said Ms Abbott. “But, when we come in third after the Brexit party, that is a clue something is wrong with our strategy.

“We need to listen to our members and take a clearer line on a public vote.”

Close Corbyn ally Richard Burgon said the option of a second referendum should be kept open, telling BBC Radio 4’s Today: “I think we have got to understand now that a damaging, dangerous no-deal Brexit is becoming more and more likely because of the changes in the Conservative Party.

“In those circumstances, we must do everything we can and use whatever mechanisms we can to stop a disastrous no-deal Brexit – yes, including a public vote.”

Ms Thornberry said Labour was “not clear enough” about its position on Brexit and should have promised voters a confirmatory referendum.

“We went into an election where the most important issue was what was our view on leaving the EU and we were not clear about it,” she said.

“We should have said quite simply that any deal that comes out of this government should be put to a confirmatory referendum, and that Remain should be on the ballot paper, and that Labour would campaign to Remain.”

Meanwhile, Baroness Chakrabarti, Mr Corbyn’s shadow attorney general, said that a second referendum was a way to “break the deadlock” on Brexit.

“It has been part of our policy since party conference last autumn,” she told the BBC’s Andrew Marr Show. “It is past midnight. So that means of breaking the deadlock is more and more important by the day.”

Labour MEP Seb Dance, who held on to his seat in the London region, said: “Those colleagues who lost their seats did not do so because of their record or their commitment to fight for Britain’s place in the EU.

“They lost because our message as a party was not clear. We tried to fudge an issue that voters held paramount in these elections – Brexit.”

However there were indications that some MPs in Leave-backing constituencies will resist any move to position Labour as an anti-Brexit party.

Makerfield MP Yvonne Fovargue tweeted: “We need to respect the result and leave the EU with a pragmatic deal.”