That’s Jaws-ome! Amazing moment beachgoer stays calm and collected as he cradles a SHARK which has bitten down on his arm and refuses to let go Chilled man laughs and jokes with gathering crowd on Jensen Beach, in Florida  Smiling, he appears unfazed by the shark sinking its serrated teeth into his arm Rescuers try

That’s Jaws-ome! Amazing moment beachgoer stays calm and collected as he cradles a SHARK which has bitten down on his arm and refuses to let go

By Lydia Catling For Mailonline

A man looked cool, calm and collected as he cradled a nursing shark that would not let go of his arm.

Dozens of people swarmed around the man to catch a glimpse of the small shark which had bitten down on his limb on Jensen Beach, Florida.

People could not believe what they were seeing as the fish clung to him on the beach in Martin County and every time he tried to pull it off it bit down harder. 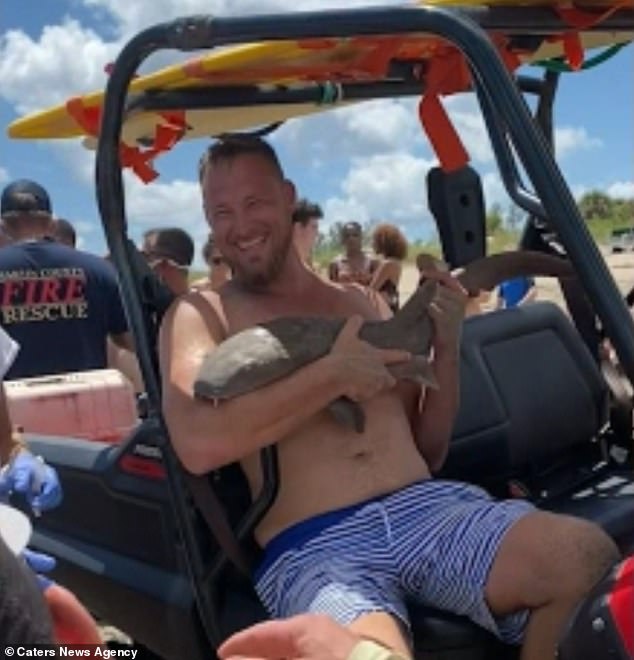 The smiling man, whose name is not known, appeared unfazed when a nursing shark bit down on his arm as he too a dip in the ocean on Jensen Beach, in Florida 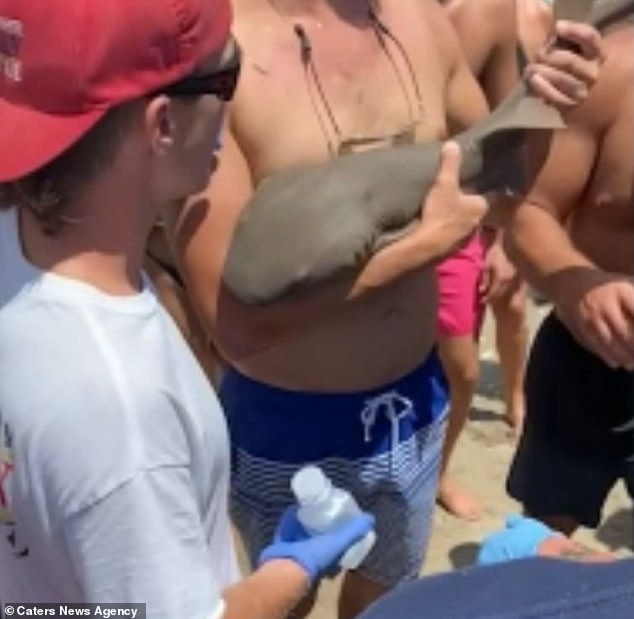 The shark clamped down its strong jaw on his arm and refused to release its grip on the man. Every time he tried to remove it, the creature would bite down harder and deeper into his skin 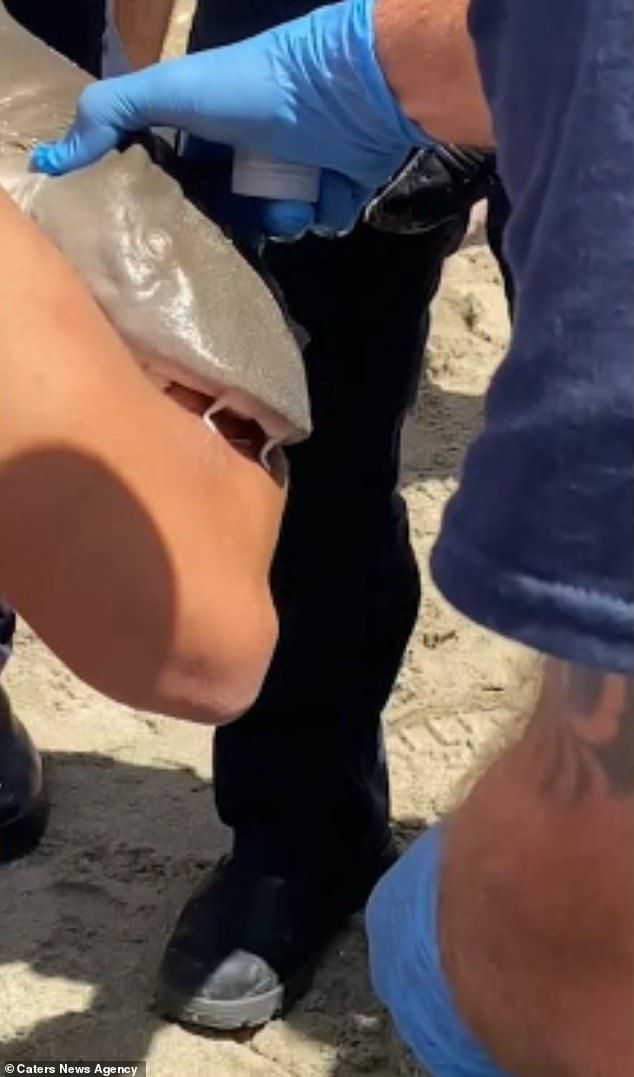 Rescue teams tried to remove the nursing shark, which has thousands of small serrated teeth, from the chilled out man, who played around with the fish’s large back fin

The chilled man can be seen chatting to Martin County Ocean Rescue staff who came to help remove the creature.

As they stand around he begins playing with the nurse shark’s back fin, seemingly unfazed by it sinking its teeth into his skin.

The rescuers, which provide protection and response to emergencies at four guarded beaches in the county, assess the situation and decide on the best way to remove the shark.

They are soon joined by fire crews who were all wearing masks compared to the huge crowds forming around them not following social distancing rules.

The man continues to stand around smiling and happily conversing with the team as they try to remove it. He jokes: ‘I just wanted to play volleyball guys, OK?’ 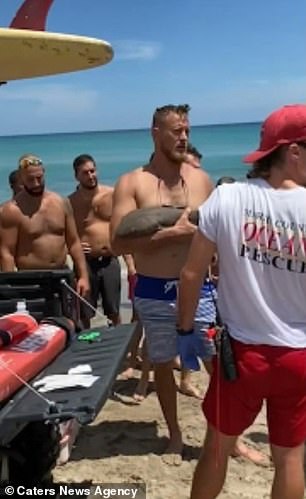 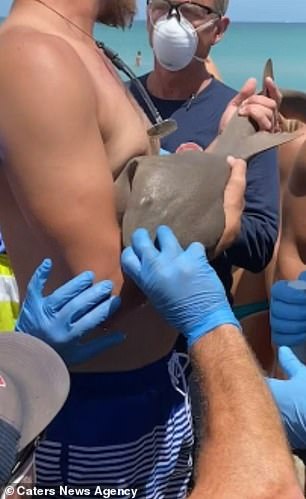 Groups of people gathered on Jensen beach to get a look at the sight, ignorign social distancing rules while the man joked: ‘I just wanted to play volleyball guys, ok?’

Despite several attempts to take out the long teeth buried in his skin while stood on the beach, he eventually get on board a beach buggy.

A man in the background shouts: ‘You’re a hero Cody.’

According to one onlooker, the man was taken to the hospital is doing ‘okay’ after the shark was removed.

Nurse sharks are slow-moving bottom-dwellers which are mostly harmless to humans, but they will bite if disturbed in the water.

They usually swim in warm, shallower water in the western Atlantic and eastern Pacific

At their biggest, the grey sharks can reach up to 14ft and their jaws are filled with thousands of serrated teeth.

They have strong jaws which they use to crush and eat shellfish.

As tame as the sharks typically are, they are ranked fourth in the number of documented shark bites on humans.