Coronavirus Has Brits Sleepwalking Into A Totalitarian Surveillance State

Google PlayWe need assurances about our digital freedoms, argues human rights researcher Annina Claesson. I never thought it would take as little as four weeks to accept a national decline into dystopia. But after just a month locked in my flat, calls from family and friends who live in countries outside the UK, with fewer 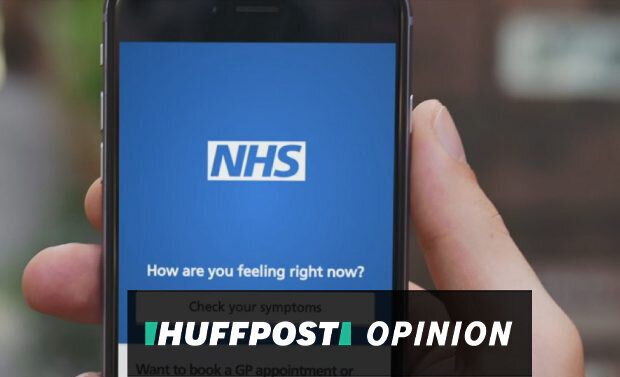 I never thought it would take as little as four weeks to accept a national decline into dystopia. But after just a month locked in my flat, calls from family and friends who live in countries outside the UK, with fewer restrictions than here, remind me that this is all a bit totalitarian.

As a human rights researcher, my own adaptability scares me. While I fully support taking all possible measures to save lives and prevent the spread of coronavirus, including lockdown, I am scared that my priorities as a human with a survival instinct can so easily overtake what is important to me as a citizen.

I read news of the new NHS contact tracing app, and my worries come into sharp focus. It rattles the part of me that has spent the past year buried in research reports on the uncontrolled spread of surveillance capitalism and the undermining of our digital rights, before the term has even entered our common lexicon.

The UK, along with many other European countries, is introducing a Bluetooth-enabled app to trace and alert people who have been in sustained proximity with confirmed cases of Covid-19, who would then be told to self-isolate. Apple and Google have joined forces to enable the necessary technology. Supporters of such an initiative, including researchers at the University of Oxford, argue that this app could serve as a cornerstone of a lockdown exit strategy, putting an end to the enforced confinement of millions of people while preventing a deadly second wave.

While ample assurances have been given that data collection will be completely anonymous and stored only on local devices, the Guardian recently revealed a draft government memo explaining how the app could be “de-anonymised” through device IDs “if ministers judge that to be proportionate at some stage”.

This is precisely the danger we are currently facing. We risk giving our whole arm when we only agreed to our pinky. In international human rights law, temporary derogations of fundamental rights may be considered legitimate if they are time-bound, necessary, non-discriminatory, and transparent. The two latter points are particularly lacking when it comes to the Covid app.

And that is assuming that it even works as intended in the first place. TraceTogether, the now open-source Singaporean app that is serving as the model for the NHS version, was only downloaded by about a fifth of the population. Eighty to 100% is needed for the app to be truly effective as a contact tracing tool. Digital tracing worked well in China because they did not rely on voluntary uptake, but simply utilised its extensive surveillance state. This gives you an idea of the scale of surveillance called for by these initiatives.

This also leads into the issue of digital inequality, already laid bare by our differentiated lockdown experiences (like whether or not you can afford high-speed wifi). In the UK, only about 20% of people over the age of 75 own a smartphone. We risk a situation where the most vulnerable to the virus do not have access to the tools being promoted as the best means of protection.

We have been living under surveillance capitalism for a good while, but the current crisis risks normalising a new level of tracking. Reminding us how we are still living with security measures taken after 9/11, Edward Snowden has warned of a new era of bio-surveillance that survives long after we finally get a coronavirus vaccine. In March, an open letter signed by over 50 technology experts pointed out that phone data from UK service providers is already being used to track people’s movements. We currently do not fully understand who has access to it.

But say that it works – is it worth giving up a little bit more of our data and a few more of our freedoms? We’ve already taken large bites out of that cake on an unprecedented scale. Even if we determine this app to be worth the price, we must ensure that the impact of these measures is as limited as possible. The Women Leading in AI group published an open letter to MPs recommending the government openly publishes the framework supporting the deployment of the app and establishes an independent oversight board to ensure accountability. They also demanded that the government clearly frames this as a temporary and collective endeavour, with end dates for when our data will no longer be stored for the app.

When it comes to our digital rights, as with so many other things we hold dear, we are currently balancing on the edge of a precipice. We can choose to demand that this health crisis is understood as a collective effort where decisions are made for and by the people, or sleepwalk into unquestioned mass surveillance and further erosion of our fundamental rights and liberties.

The latter prospect is enough to jolt me awake in the mornings. Perhaps it’s time to consider adding “Contact MP about the NHS app” to our new lockdown routines.