By Natalia Penza For Mailonline

A couple caught on camera having sex as they drove along a Spanish motorway have been handed a six-month suspended prison sentence.

Footage of the pair hogging the middle lane of the AP-6 motorway near Villcastin in the province of Segovia as they engaged in sexual intercourse emerged last year.

The woman, who appears to be naked from the waist up, was filmed sat on the lap of her partner as he tried to negotiate the road and overtook other shocked motorists in the slow lane.

Police put out an appeal for information on the pair, and it later emerged the driver had confessed to his rash act and given officers the the name of his lover. 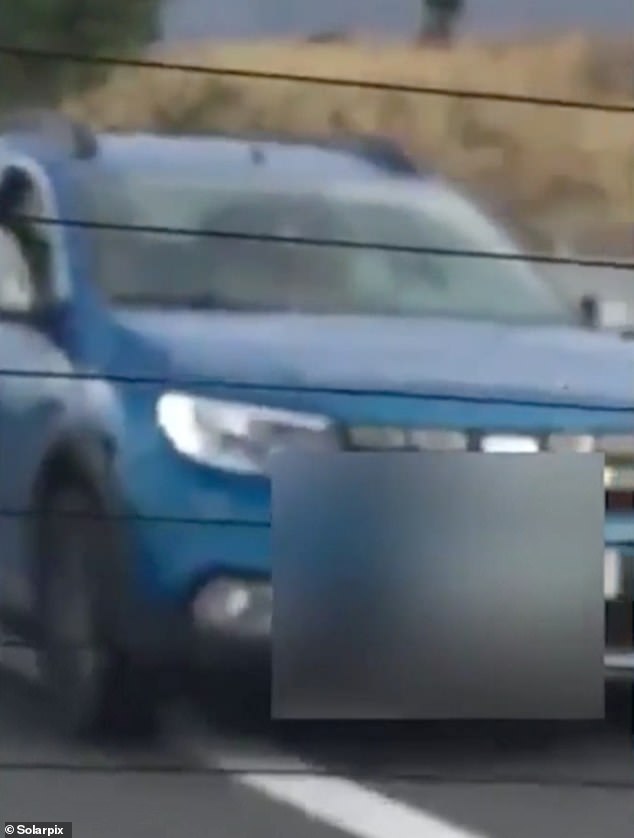 It was confirmed on Saturday that the pair had pleaded guilty to a charge of reckless driving and had been handed a six-month suspended prison sentence after striking a deal with prosecutors over the incident on September 15.

The couple have also been banned from driving for two years.

A written sentence issued by a judge in Segovia concluded the car ‘zig-zagged’ and put them and other motorway users at risk after the driver’s girlfriend ‘sat on top of him and put her arms round him with her legs open on the driver’s seat as she performed sexual movements.’

Another motorist filmed them engaging in the sex act, which occurred at around 5pm. 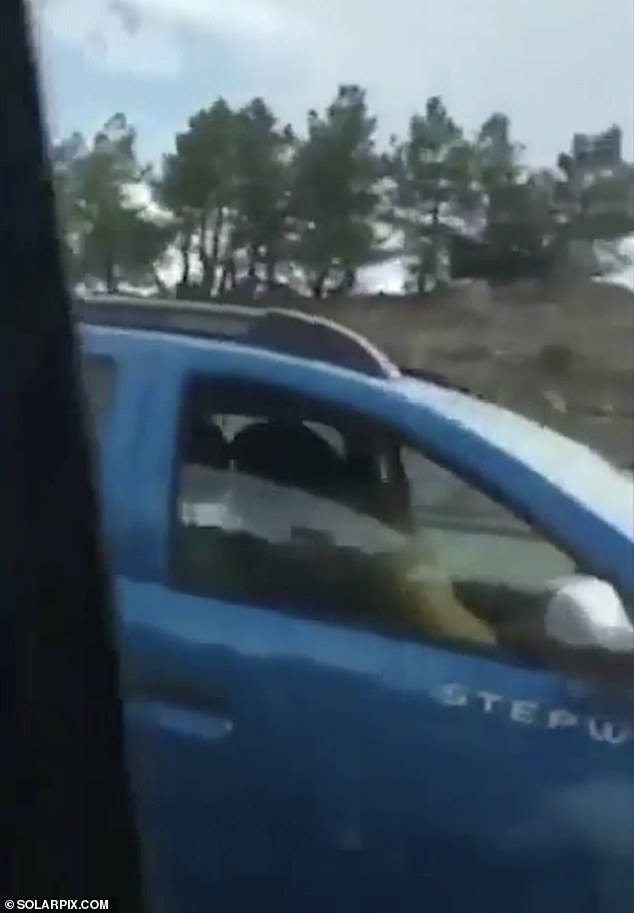 Prosecutors accused the motorist of reckless driving and his partner of inducing him to commit the offence, and were demanding a nine-month prison sentence for both before the case went to trial.

A spokesman for the Civil Guard confirmed soon after the footage emerged: ‘Police became aware of a video circulating on social media in which the driver of a car could be seen having sex with his passenger.

‘It was a video lasting 32 seconds and the car could be seen in the middle lane. The motorway it was travelling on was identified as the AP-6.

‘After viewing several hours of traffic cameras the car was identified and the identify of the driver confirmed. He lives in the province of Madrid. 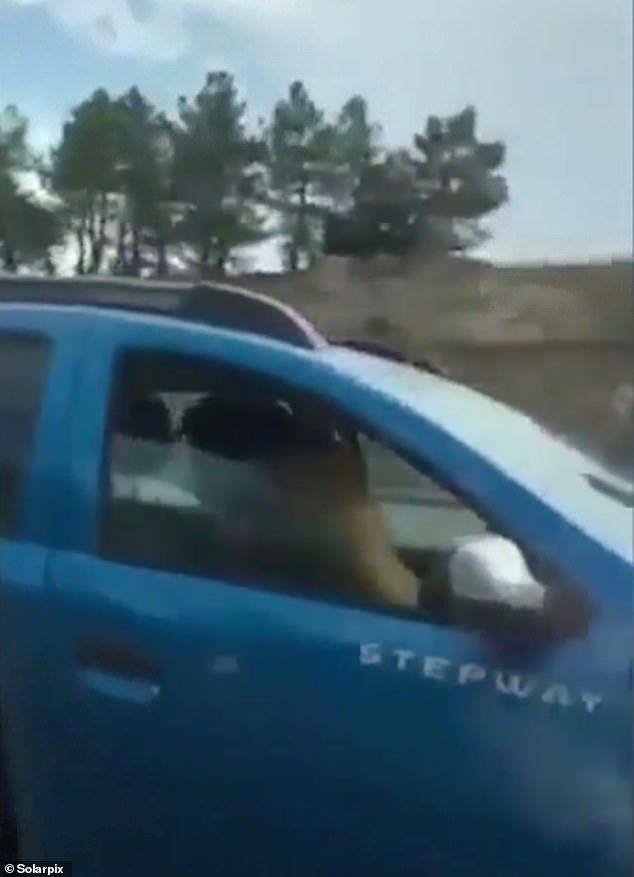 ‘When he was told why he was under investigation, he confessed and identified the woman with him, who was also being probed on suspicion of reckless driving.

In December 2017, another couple were filmed having sex at the wheel of a car while driving at 70mph along a major road near Yala in the province of Jujuy in north-west Argentina.

Instead of slowing down or pulling over when he realised he was being filmed, he reacted by sticking the middle finger up on his left hand as the other driver videoing him passed.

The pair even appeared to have turned their hazard lights on by accident as they made love.