Crocs release new $300 bag featuring shoe – but would YOU wear it?

It wasn’t too long ago that Crocs came back into fashion when Balenciaga sent models walking down the runway in platform versions of the shoe in 2017. However, things have been taken to a new level, as the brand has just released a Crocs bag, which features a single yellow or black shoe dangling from

It wasn’t too long ago that Crocs came back into fashion when Balenciaga sent models walking down the runway in platform versions of the shoe in 2017.

However, things have been taken to a new level, as the brand has just released a Crocs bag, which features a single yellow or black shoe dangling from a strap.

The unique bag was created when Crocs teamed up with Los Angeles based label PizzaSlime, who revealed the funky product on Instagram last week. 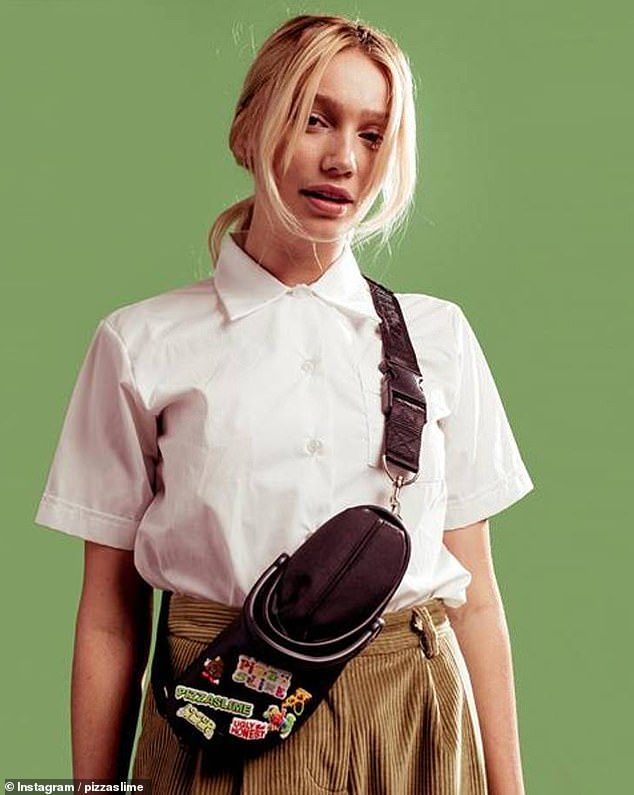 Woah! Crocs have teamed up with Los Angeles-based label PizzaSlime to create a bag designed to look like the unique shoe 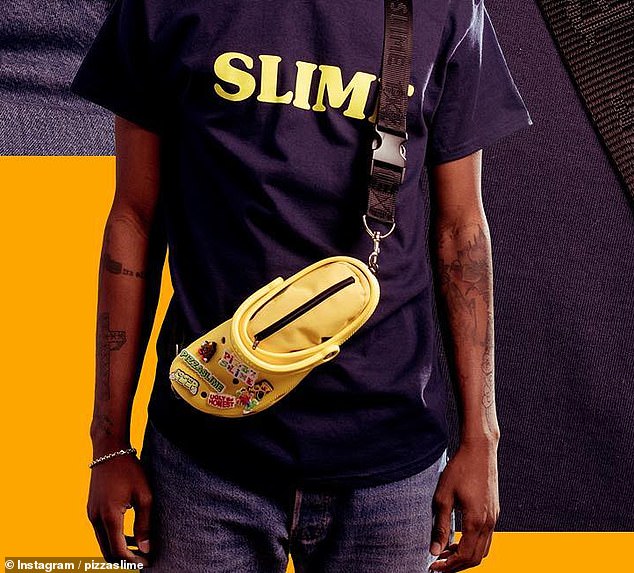 Process: PizzaSlime spent months designing the accessory, which comes in yellow and black. A zip-up compartment has been placed inside the shoe, which dangles from a belt-style strap 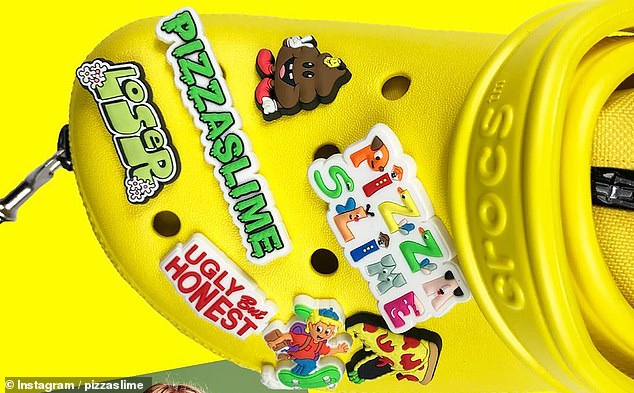 Accessorize: Each bag also comes with seven jibbitz, or charms, which can be places in the holes in the shoe in order to personalize it

The new bag retails for exactly $300 on PizzaSlime’s website, where it is available in both yellow and black.

It features a singular shoe with a zip-up compartment inside, which dangles from a belt-style strap.

Trending: Crocs made a fashionable turn around in 2017 when Balenciaga debuted a platform version of the shoe

The product description for the bag on the retailer’s website reads: ‘We turned a Croc into a functional and quality made cross-body bag.

‘Each bag is handmade in Los Angeles, CA. This is a limited release of 25 pieces.’

The website details that each bag comes with seven customized PizzaSlime detachable jibbitz – the charms commonly attached to the holes in the shoe.

Each bag also comes with an adjustable and detachable strap that has been customized with the word PizzaSlime woven into it.

Although the original shoe was designed to be used on boats, it was later adopted by doctors and nurses.

However, the polyester bag is slightly less practical, as it is unlikely to fit much inside.

Fans interested in getting their hands on a Crocs bag will have to be quick, as just 25 bags in each color have been released so far.

The bag was first introduced to the public when PizzaSlime announced that they would be selling the bag on their Instagram page. 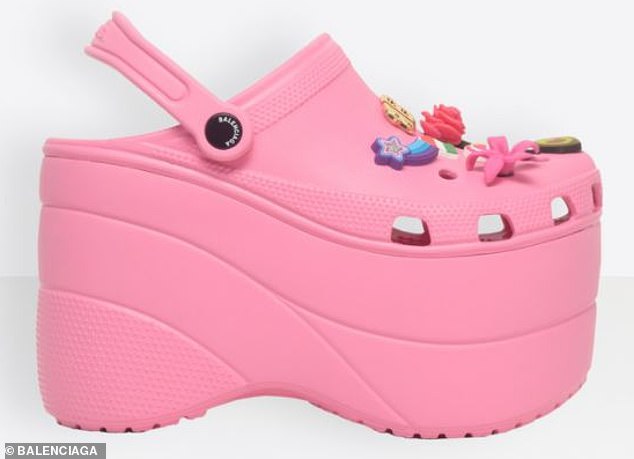 Insane! The designer brand’s version of the shoe (pictured), which retailed for $850, featured a large foam platform and embellishments inspired by the traditional Crocs 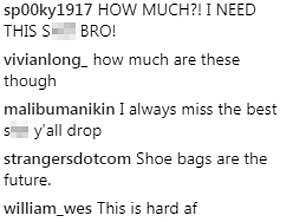 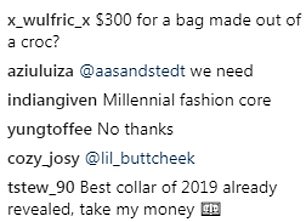 Popular! One user declared shoe bags as ‘the future’, while another said they were the ‘best collab of 2019’ 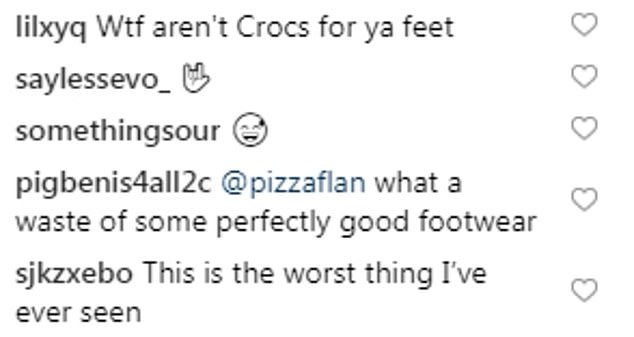 Mixed opinions: Others on social media weren’t fans of the Crocs bag, as one Instagram user wrote: ‘This is the worst thing I’ve ever seen’

Revealing the news, the company wrote: ‘We went waaaaay outside of the box for this one and turned a Croc into a functional and quality made cross body bag.’

They added: ‘Over the past few months we’ve put a lot of time, sweat, and tears into developing this product that has never been made before.

‘It was a looooot harder than it looks. Don’t [sleep] on this one!’

And most people couldn’t believe the invention, as they left comments on the post.

One user commented on the post, saying: ‘How much?! I need this s**t bro!’

‘Best collab of 2019 already revealed, take my money,’ added another.

However, not everyone was pleased with the enormous price tag, with many declaring they would never spend that much on a shoe – especially as it doesn’t come in a pair.

Another commented: ‘Wtf aren’t Crocs for ya feet?’

‘This is the worst thing I’ve ever seen,’ added a third Instagram user.