Bereaved families are facing delays of up to 11 weeks following technical glitches in the new online probate service. Typically, it used to take a court ten days to grant probate — the legal authority to take control of someone’s finances when they die.  But lawyers and industry experts have reported delays of seven to

Bereaved families are facing delays of up to 11 weeks following technical glitches in the new online probate service.

Typically, it used to take a court ten days to grant probate — the legal authority to take control of someone’s finances when they die.

But lawyers and industry experts have reported delays of seven to eight weeks following the transition to an IT system in January. 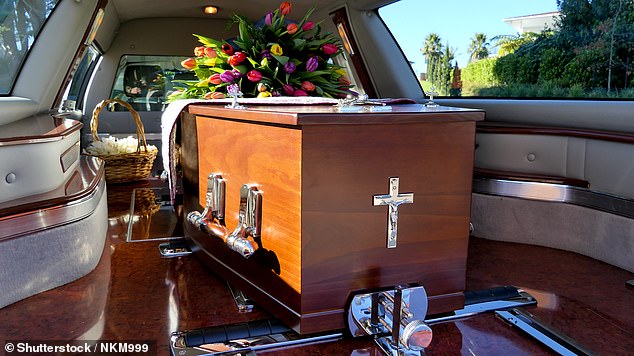 IT glitches: lawyers and industry experts have reported delays of seven to eight weeks to grant probate

Legal support service Solicitors For The Elderly met with officials at HM Courts and Tribunal Service last week to discuss the ‘teething problems’ with the computer system.

Civil servants used to examine wills manually and were responsible for spotting fakes, alterations and whether they met the legal requirements.

But with the arrival of the online probate service, this process has been outsourced to a private company.

Wills are now checked by ‘bulk scanning and printing services’ on a computer.

The Public and Commercial Services Union, representing civil servants claims automating this task means fakes are likely to get missed, increasing the risk of fraud.

The Government is also under fire for farming out the vital job of detecting bogus wills to a private ‘bulk scanning’ firm, while imposing massive new probate charges.

Controversial plans to hike probate fees to as much as £6,000 on the largest estates, instead of £215, or £155 if dealt with by a solicitor, were due to be introduced last month, but have been delayed.

Law firm Irwin Mitchell said the new will checking system was ‘another kick in the teeth’ for people facing bill increases of up to 2,700 per cent to sort out probate, that will risk introducing far more errors in the already lengthy process.

A Ministry of Justice spokesperson said: ‘Some delays have been experienced.

‘We are working hard to accommodate those affected and apologise for any inconvenience caused.’

Changes to charges: System will be based on the size of an estate, replacing fees fixed at £215 for all. The Government previously intended to introduce much higher charges, but changed its plans following an outcry.

In March, an HM Courts and Tribunals Service spokesperson told This is Money: ‘Our new online service is making probate simpler and more convenient for bereaved people and 93 per cent of those using the new service have been satisfied or very satisfied by it.

‘The validity of the will is still checked by HM Courts and Tribunals Service and the added counter fraud measures include holograms, digital seals, and digital signatures make cheating the system even harder.’

Ruth Pyatt, director at Solicitors for the Elderly and solicitor at Steeles Law said: ‘Our members have reported delays on average of 7 to 8 weeks, instead of the normal ten days from application to issue.

Are you trying to beat the probate fee hike?

The Government recently announced a rule change that will allow people to lodge applications for probate at the old, cheaper rate without waiting for HMRC to complete a key bit of red tape, writes This is Money.

Executors for estates that are complicated or liable for inheritance tax have to get a stamped IHT421 form from the taxman which confirms that the estate value is approved, and inheritance tax is paid.

This form normally needs to be sent with a probate application, but the Government says it will accept submissions without the document, although not actually start work on them or issue the grant of probate until it arrives.

‘We’ve been informed that the delays are a result of the system being transferred to an all-digital, and newly updated computer system, which unfortunately has faced teething problems in its launch.

‘As well as the delays themselves, we now know that if mistakes were made on an original application for probate, the corrected forms risk being put to the back of the queue, meaning people may have to wait up to 15 weeks for a grant of probate.

‘With inflated probate fees expected to become a reality very soon, SFE is concerned for those in society who are in need of an urgent grant, especially those who are recently bereaved and have no other option but to apply for probate.

‘However, HMCTS have assured us that whilst this is frustrating for all involved, ongoing training is happening to mitigate delays.

‘We hope to see delays in issuing grants of probate addressed soon but expect this may worsen as people rush to apply before the increase in probate registry fees are brought in.’

Critics claim the increased charges are effectively a ‘tax on wealth’, which is expected to raise £155million a year to pay for running the Ministry of Justice, and won’t reflect actual administration costs, writes This is Money.

The Government was accused of sneaking through the stealth ‘death tax’ last month by getting it waved through by calling it a fee and thereby avoiding a debate or vote.

This is Money then discovered in the small print of a document released by the Office for Budget Responsibility following the Spring Statement that the Treasury expects the newly hiked fees to be officially classified as a ‘tax on capital’, rather than a payment for a service.

This reignited the row, and prompted fresh calls for a thorough look by Parliament.

However, the Ministry of Justice insists the fees are not a tax, and any decision to define them as such would be purely for accounting purposes.