Father-of-two, 53, given months to live is now CANCER-FREE after world-first operation Ivan Dagg, from Hull, was diagnosed with stage four bowel cancer back in 2013 At one point, he was given a six per cent chance of surviving with chemotherapy His final ‘high-risk’ operation was carried out at Spire Leeds Hospital last year Mr Dagg

Father-of-two, 53, given months to live is now CANCER-FREE after world-first operation

A father-of-two who was once given a month to live is celebrating being cancer-free after a surgeon carried out a ‘world-first’ operation.

Ivan Dagg, 53, was diagnosed with stage four bowel cancer after he began losing weight and feeling constantly exhausted in 2013.

His health then gradually got worse when the cancer spread to his liver – and doctors once gave him a six per cent chance of survival with chemotherapy treatment.

The father-of-two, an inspection engineer from Hull, East Yorkshire, underwent several tumour removals and resections, but his health did not improve until last year. 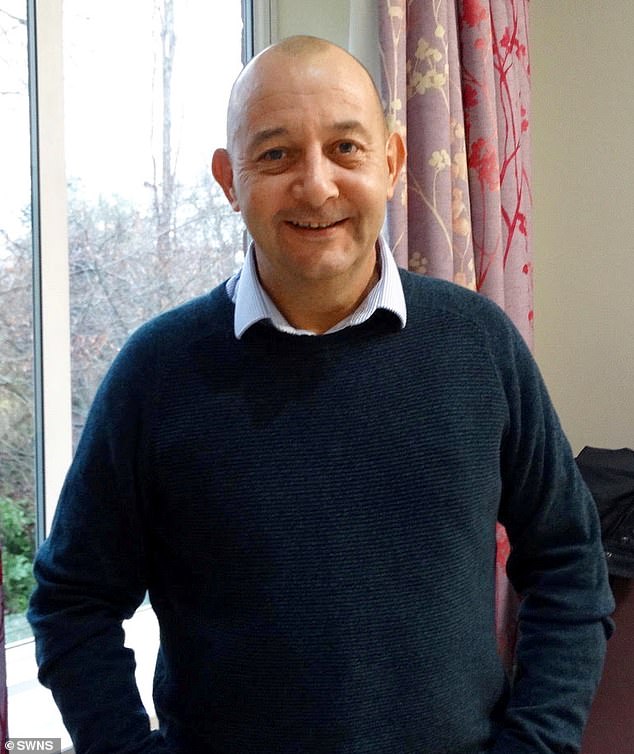 Ivan Dagg, 53, was diagnosed with stage four bowel cancer after he began losing weight and feeling constantly exhausted back in 2013

The ‘brand-new’ liver surgery involved the removal of a tumour encompassing all of the organ’s major blood vessels – which are essential for survival as they drain blood from the liver.

Doctors were only able to remove the tumour, alongside the hepatic veins, because the father-of-two had grown a new vein in his liver after previous surgery.

Now back at work, Mr Dagg said he is looking forward to the future with his family – but admits there are no guarantees for what could happen next.

He said: ‘Nobody knows what’s going to happen in the future but I feel very lucky.  There could have been a very different outcome.’

Mr Dagg’s pioneering surgery was carried out by Professor Peter Lodge, who described it as ‘very high risk’. 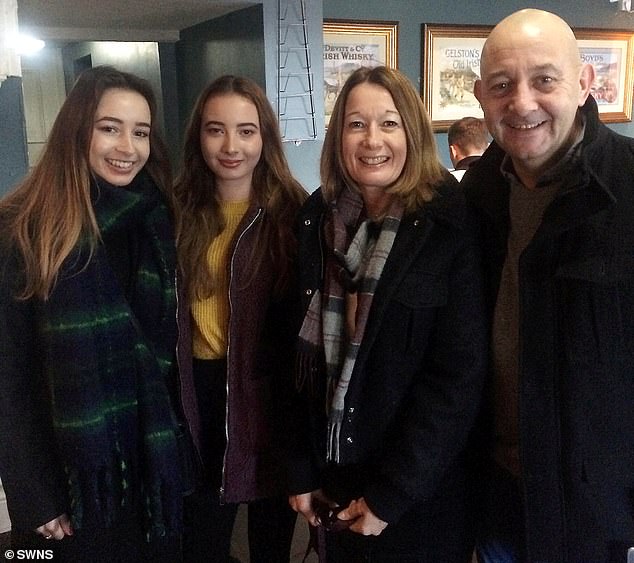 Mr Dagg, pictured with his wife Kate and their daughters Steph and Georgie, is now back at work and says he feels positive about his future with his family

Professor Lodge said: ‘This is a brand-new liver surgery operation, truly a world-first.

‘The new tumour was involving all of the remaining hepatic veins. These major veins drain blood out of the liver and are essential for survival.

‘I did not think that the situation was operable initially, but I saw that Ivan had grown a new vein in the part of the liver that had regenerated following the previous liver resection operations.

What is bowel cancer?

Bowel cancer is one of the most common types of cancer diagnosed in the UK.

The term refers to cancers found in the large bowel, but depending on where it starts, it could also be called colon or rectal cancer.

It is most commonly found in patients over the age of 60.

Though it is not known what causes the condition, a diet high in red or processed meats and low in fibre is believed to increase the risk.

Bowel cancer is also more common in those who are overweight and inactive, and people who have a high alcohol intake.

It is also believed that having a close relative who developed the disease under the age of 50 puts you at a greater lifetime risk of diagnosis.

The three main symptoms include:

‘Things went well so we were able to remove the tumour successfully along with the major hepatic veins, leaving Ivan’s liver surviving on only the new vein.

‘If he had not grown a new vein then I would not have been able to do the surgery. This is a new avenue for developing new liver operations.

‘There is still a lot we don’t know about how the liver regenerates after liver surgery; Ivan’s case demonstrates how we must be more imaginative and strive to improve outcomes as much as we can.

‘Without surgery, Ivan would have been faced with having only a few months to live.

‘I think that chemotherapy may have given him a few extra months but that’s all. It’s still early days but I’m very pleased with Ivan’s progress.’

Speaking of his experience, Mr Dagg said: ‘The last few years have been a roller-coaster. I’m finally feeling positive about my future.

‘I woke up after surgery and Professor Lodge told me he had been able to remove the tumour. That was fantastic to hear.

‘Now I’m back at work and looking forward to the future with my family.’