The Independent employs reporters around the world to bring you truly independent journalism. To support us, please consider a contribution. Donald Trump appeared flat during a Wednesday evening coronavirus briefing as he delivered a rambling and repetitive open statement in a monotone cadence. Before he hit the one-hour mark, even friendly Fox News decided it had 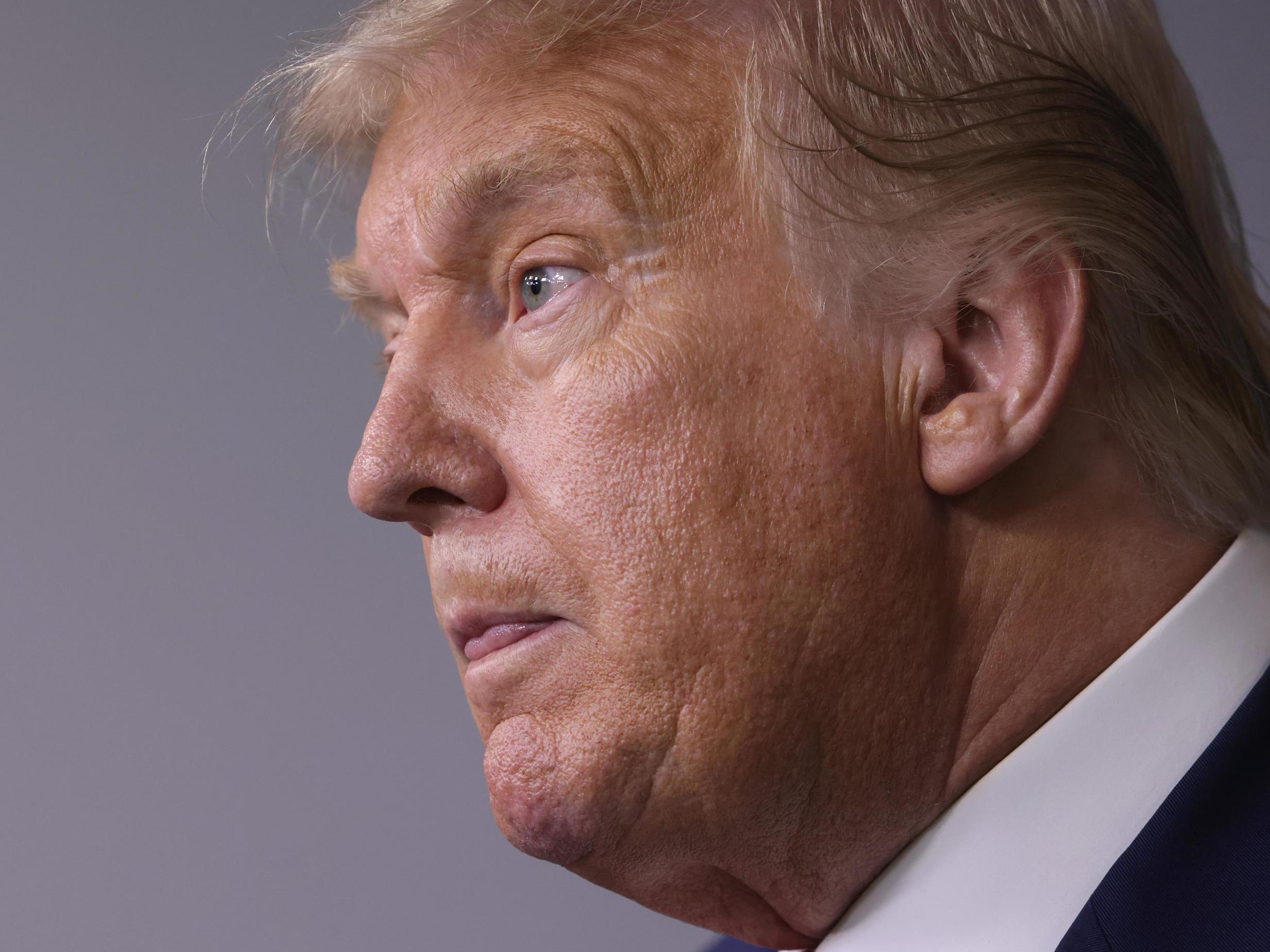 Donald Trump appeared flat during a Wednesday evening coronavirus briefing as he delivered a rambling and repetitive open statement in a monotone cadence. Before he hit the one-hour mark, even friendly Fox News decided it had seen enough as it cut to coverage of his Democratic rivals’ campaign debut.

The president opened the briefing with prepared remarks, though he ad-libbed at times, and charts. He repeated his canned lines about coronavirus testing and downplayed the status of the still-spreading virus.

Repeatedly, he complained about congressional Democrats and mocked his general election foes, former Vice President Joe Biden and Senator Kamala Harris. When served up by a reporter a chance to respond to Ms Harris’ sharp words painting him as a failed leader during her first appearance as the Democratic VP candidate, Me Trump essentially whiffed.

He confusingly vowed to “terminate” the payroll tax if he wins a second term, ignoring forecasts from Republican and Democratic political analysts who agree Democrats almost inevitably will retain control of the House. Tax and spending authorities lie with Congress, though presidents have the constitutional power to implement those laws.

But Mr Trump never said why he has apparently concluded he could simply get rid of it, and he did not lay out a strategy for convincing House and Senate Democrats – and many congressional Republicans – to vote to do so.

He presented misleading charts on economic data, and seemed to be looking at them for the first time.

Part of his focus was on the level of US stock markets, showing a graph that put American indexes’ collective value higher than those of Europe and other countries, including China and Japan.

But economists and Democratic lawmakers counter that by contending the stock market is a poor indicator of broader economic trends and data. For instance, they say unemployment remains high and income inequality is still wide.

A reporter for the conservative One America News Network asked a relative softball about whether Mr Biden and Ms Harris should call for the Antifa group to be dubbed a terrorist organisation – something the president has vowed to do but has yet to act on.

But, in a surreal moment, all he could muster was: “The Democrats act like, ‘Gee, I don’t know what that is.'”

Mr Trump and his surrogates for years have boasted that he is a political “street fighter” who will always “fight back.”

Yet, asked if he watched the Biden-Harris event and for his reaction, Mr Trump lacked any kind of forceful reaction.

About the most animated the “street fighter” in chief got during a briefing that last more than 60 minutes after his Democratic rivals made their debut was to call Ms Harris an “unusual pick because she said such … horrible things about him – she mocked him, openly mocked him.”

But Fox News viewers, composed of his core supporters, had long returned to regular programming by then. Trailing Mr Biden nationally and in almost every key swing state, and leading by slim margins in several longtime GOP strongholds, Mr Trump essentially allowed his general election opponents to win the day – and control the news cycle, something he redefined and mastered earlier in his term.