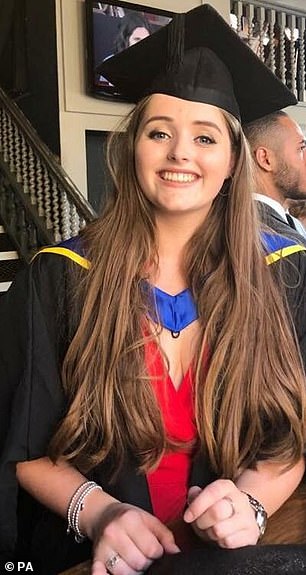 A 27-year-old man who choked British backpacker Grace Millane during sex until she fell unconscious – then carried on until she died before photographing her corpse and burying her in a suitcase was today convicted of her murder.

Grace’s shattered mother Gill wept as the verdict was delivered before her husband David broke down on the court steps as he said: ‘Grace was our sunshine. She will be missed forever.’

Graduate Grace died on December 2, her 22nd birthday, after going home with the murderer who she met on Tinder while travelling in Auckland, New Zealand.

The killer, who span a web of lies about it being an accidental strangling during rough sex gone wrong after a Tinder date, cannot be named and will be sentenced in February.

The jury at Auckland High Court pronounced their verdict after little more than five hours deliberations at the end of a three-week trial.

At 5.45pm local time, they filed into the jury box. The killer, a 27-year-old New Zealander whose identity remains protected, remained impassive before he was led away to the cells.

He was then brought back to the dock, wearing a dark suit and black open necked shirt, to be told by Judge Simon Moore that he would be sentenced on February 21 next year.

Grace’s mother Gill’s silently sobbed as the verdict was read but recovered her composure to be comforted by her husband David, a property developer from Wickford, Essex. 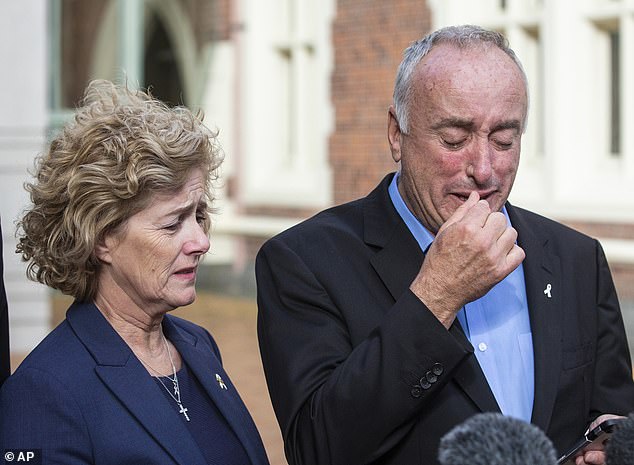 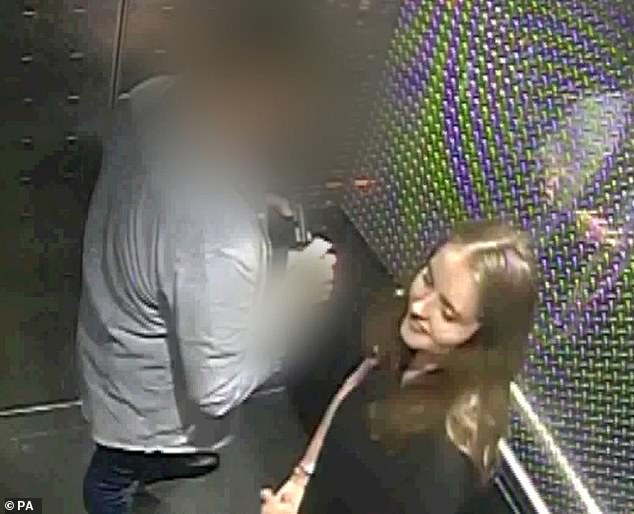 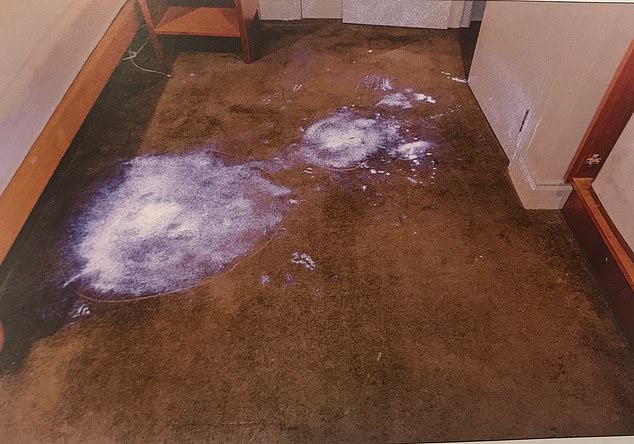 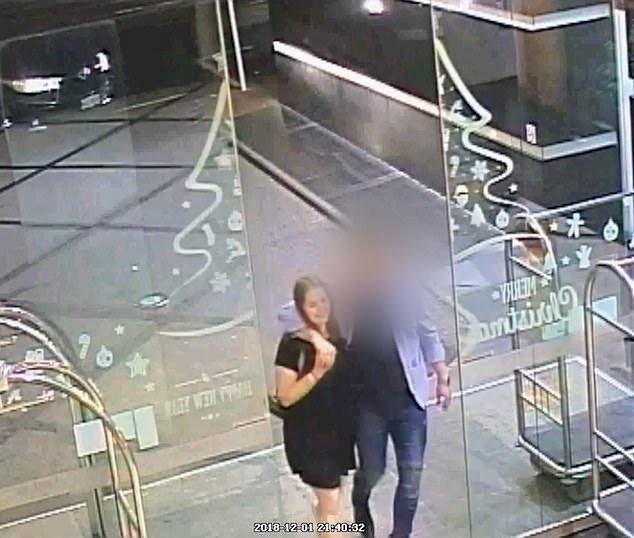 He said: ‘The verdict of murder today will be welcomed by every member of the Millane family and friends of Grace.

‘It will not reduce the pain and suffering we have had to endure over the past year.

‘Grace was taken away from us in the most brutal fashion a year ago and our lives and family have been ripped apart. This will be with us for the rest of our lives.

‘Grace was a beautiful, talented, loving daughter. Grace was our sunshine and she will be missed forever. She did not deserve to be murdered in such a barbaric way.’

He went on to thank the police and prosecutors, who he said had ‘never flinched away from the more intimate details of the case’ and were ‘compassionate and thoughtful’ to the family. 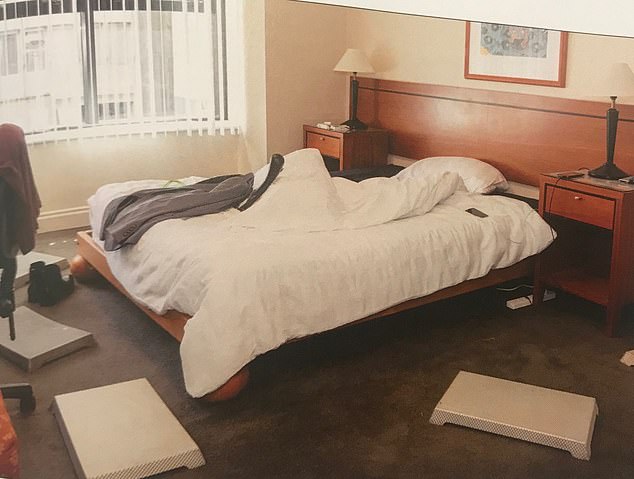 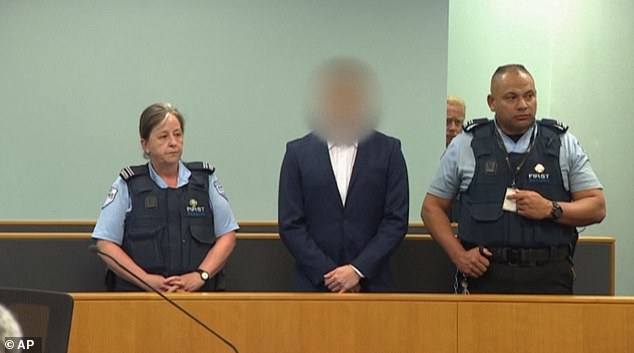 Murderer: The 27-year-old man, pictured earlier in the trial, will be sentenced in February 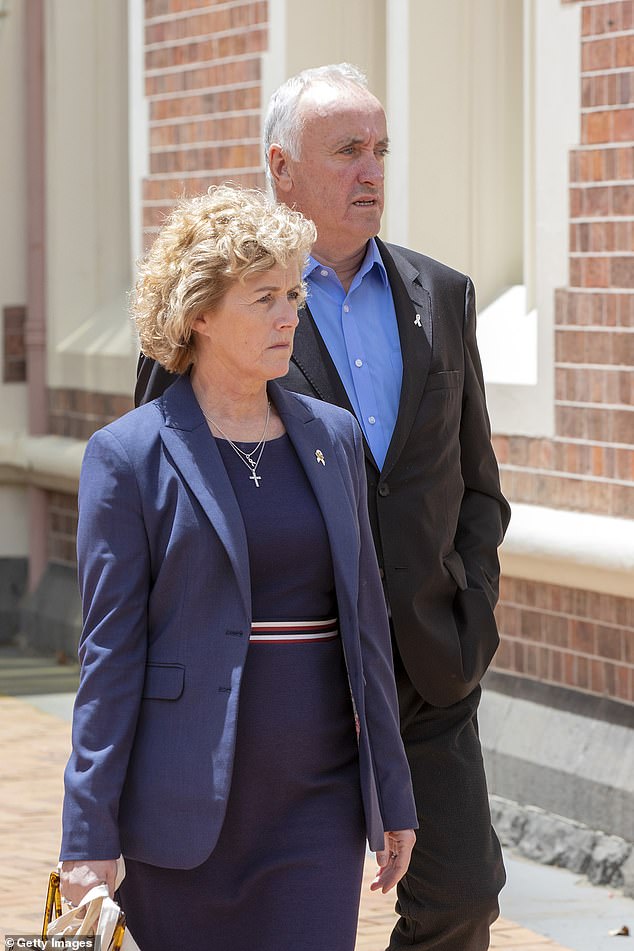 The parents of Grace Millane, David and Gillian Millane, seen at Auckland High Court today after the jury retired to consider their verdicts

He continued: ‘Last but not least we would like to thank the people of New Zealand.

‘They have opened their hearts to Grace and our family. I cannot express our gratitude enough for all the offers of gifts and kindness that we have received over the last year.

‘Finally, we must return home to try and pick up the pieces of our lives day-to-day without our beloved Grace. Thank you.’

The guilty verdict brings to an end an 11-month saga of pain for the close-knit family, who waved goodbye to their daughter in October last year as she set out on a world tour after graduating from Lincoln University.

After spending time in Peru, she arrived in New Zealand in mid-November and arranged her fateful Tinder for the night of December 1, planning to celebrate her 22nd birthday the next day.

She greeted her killer with a hug, standing beside a Christmas tree in the courtyard of the SkyCity casino. They toured several bars, drinking cocktails and, as she told one of her best friends in a text message, she was clearly impressed.

‘I click with him so well,’ she wrote to her friend Ameena Ashcroft. ‘I will let you know what happens tomorrow.’

By the morning, however, Grace was lying dead in the £190-a-week third-floor apartment at the CityLife hotel in central where the killer, a local man, lived.

She had been strangled during sex and the killer had taken a series of intimate photographs of her naked body before watching hardcore pornography through the early hours. 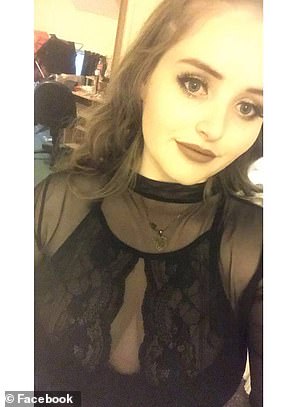 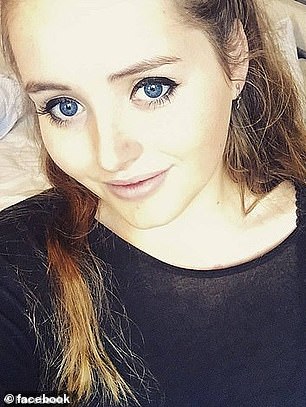 A 27-year-old man, whose identity is also protected, denied murdering Ms Millane (left and right) on December 1 last year, the night before her 22nd birthday

The man began December 2, Grace’s 22nd birthday, by buying a suitcase to transport her body to a shallow grave in remote bushland.

But even before he did so, he was arranging another Tinder date for that afternoon, in which he told a woman a bogus story about a supposed friend who had killed a woman during sex.

He was first snared by a message he left on Grace’s Facebook profile page the night before, as he waited to leave the Bluestone Room bar around the corner.

Contacted by police, he wove an elaborate web of lies, at first claiming he and Grace had parted as friends, planning to meet the next day. 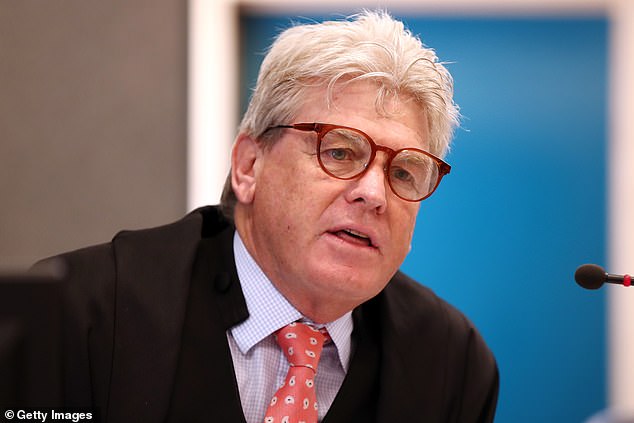 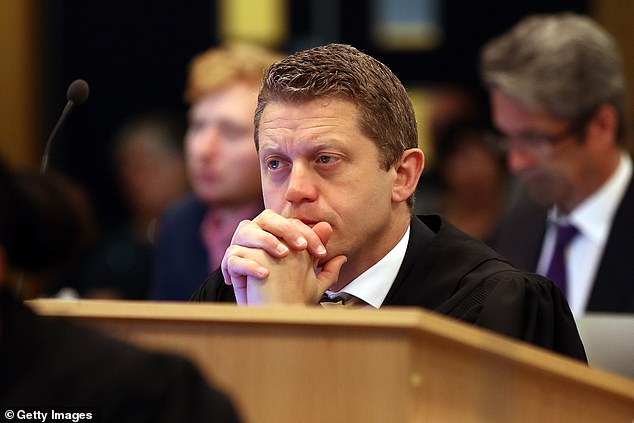 He said they had each taken photographs of each other’s private parts on their cellphones and that after sex he had fallen asleep, drunk, under the shower without suspecting Grace was in danger.

His lies were exposed by data recovered from his mobile phone which showed he had searched for ‘Waitakere Ranges’, the hills where he later buried Grace, and ‘hottest fire’, minutes before taking the photos of her.

That, the verdict confirmed, was proof that, as Crown prosecutor Brian Dickey had told the jury, he had ‘eroticised her death.’

‘It’s not safe sex play that killed Grace Millane, it’s strangulation,’ said Mr Dickey. ‘At some point of which she lost consciousness and would have become limp and lifeless and he had to carry on.

‘And if that’s not reckless murder someone will have to explain to me what is.’