If you’ve ever been to the Edinburgh Festival Fringe, you’ll know that it’s impossible to walk about the place without having a flyer thrust into your hands by a performer in full costume, trying to promote their show, in competition with thousands of others doing the same. You end up with fistfuls of advertising that 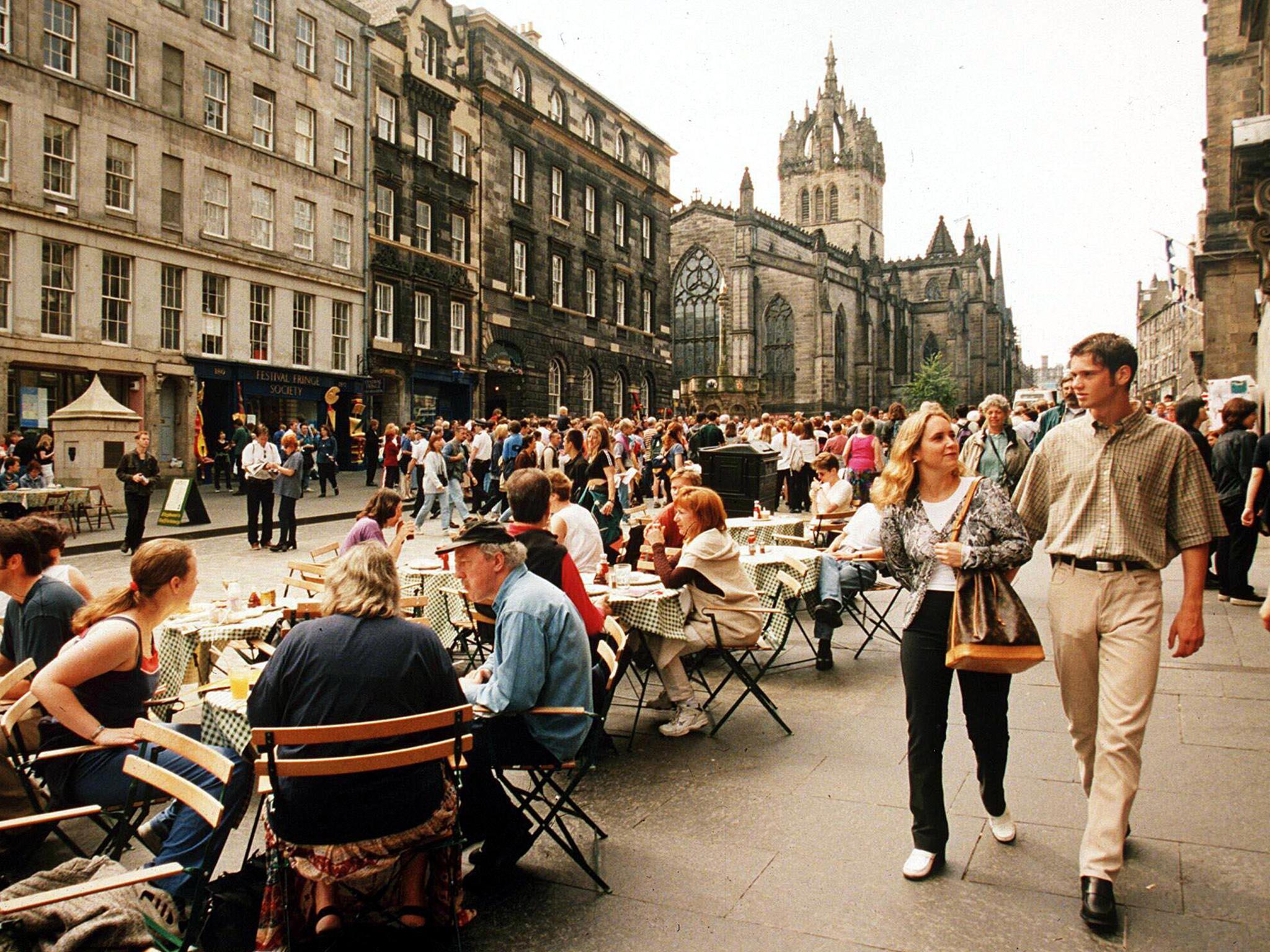 If you’ve ever been to the Edinburgh Festival Fringe, you’ll know that it’s impossible to walk about the place without having a flyer thrust into your hands by a performer in full costume, trying to promote their show, in competition with thousands of others doing the same. You end up with fistfuls of advertising that you have no idea what to do with, for shows that you have no intention of seeing – sometimes simply because time is finite, and sometimes because a show starring three students dressed as sexy ducks doesn’t immediately seem like your thing.

I have never had the heart to shake my head and scuttle off, so I earnestly assure the flyerer that I will most definitely be attending their show which starts at exactly the same time as my own. Then I stuff the flyers into my bag and use the better ones to decorate a wall in my house, so that I’ll have a bit of the fringe in my home all year round.

This year, a record number of women have reported being sexually harassed whilst flyering. It’s very hard to understand the mindset of someone who decides that the appropriate response to a woman promoting her work is to be a gropey sex pest, but I’d like to think that the rise in reporting is down to young women being much more confident in speaking up about abuse, rather than shrugging it off and “putting it down to experience” in the way that previous generations did.

I can remember, at the age of 13, having a grown man catcall me as I walked past the building site he was working on, and then, when I tried to ignore him, actually climbing down from the scaffolding to berate me for my rudeness. Shaking and sobbing, I ran the rest of the way to school, where I was taken to the welfare room to calm down. Trying to cheer me up, a female teacher told me “oh, what I would do for a young man to notice me again! They won’t look at you one day you know, Shaparak, and that will be a lot worse!”

It would have been very easy to find the guy – I knew where he worked. It would have been easy to call the police and report it. But in 1986, it didn’t seem to occur to anyone that an adult stranger being sexually forward and physically intimidating with a pubescent girl was anything short of a compliment.

So with that level of awareness and care, it’s no wonder we put up with so much awfulness. We were conditioned not to make a fuss.

At a party when I was 16, I went into a bedroom to find another teenage girl passed out drunk. Next to her, a guy was taking off his trousers. I screamed at him to get out and, from that point on, things were over for me in that social group. I was nicknamed “Shappi the Chaperone” – a prude and a killjoy.

Later, when I was starting out as a performer in my early 20s, I lost count of the number of creepy, upsetting, and sometimes scary things that happened – at the Edinburgh Fringe and beyond – that today’s 20-somethings would understand were not our job to put up with. At one early gig, as a nervy open spot trying to learn my craft, I was greeted by an established comedian with “Ello! Shappi’s here! I’ll get the duct tape and you unlock the boot”. The other male comedians looked mortified and quietly checked that I was OK, which of course I said I was. There was no one to complain to. Men, too – decent men, the majority – were disempowered back then.

In the infancy of my career, I got a phone call from an older woman in the industry “just to let you know you are getting a bit of a reputation for being a slapper”. Affecting concern, she told me that there had been some gossip about me, and that she wanted me to know about it because it might damage me.

Never mind that the gossip wasn’t true. Fancy making a call like that today! You’d shame the person who did that. If it got out, Twitter would deal with them in an instant. But I had no clue how to handle it. It filled me with paranoia, so I just put the phone down and didn’t make friends with any male comics for years in case a rumour started that I was running a brothel.

I doubt that the booker who often took his willy out to show me ever got a warning, nor the manager who told me to wear red lipstick on stage to look “even more f***able”. Then there were the sleazy reviewers and producers who would take me out for dinner or drinks to “discuss things” but, when I got there, made it perfectly clear that comedy was not top of the agenda.

As far as I’m concerned, the women flyerers complaining about harassment are heroes, and I’m reclaiming “Shappi the Chaperone”, this time with pride. As for no longer getting catcalls when I pass a group of men, it is a sweet freedom and I wish it for every woman and girl.