By Claire Ellcott Political Correspondent For The Daily Mail 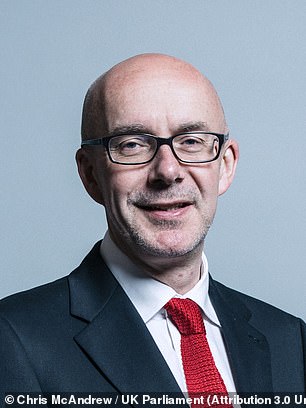 A Labour MP has become embroiled in an expenses row after it emerged he claims 20p a mile for cycling around his constituency.

The MP claimed £8.60 in total for 43 miles on 19 trips in his Warwick and Leamington constituency, The Sun reported.

It comes on the tenth anniversary of the expose of the expenses scandal and after the regulator has urged MPs to be more diligent on mileage claims.

Mr Western is not breaking the rules by making the claims and has not done anything wrong, but the case raised questions about how the expenses system currently works.

One MP said: ‘Your legs may hurt a bit after going for a bike ride, but it’s not like putting petrol in your car.’

Mr Western, who was elected in the snap election of 2017 and is a keen cyclist, told The Sun: ‘It’s important to send a signal out that you’re using a bike.

‘It’s a paltry sum but it is better to encourage MPs to use their bicycles. I’m a keen cyclist. It’s good for your health and the environment.

‘It helps reduce congestion and it’s quicker. You don’t have to worry about parking, either.’

Former cycling minister Robert Goodwill made an 80p claim in 2012 for a journey through his Scarborough constituency.

All the claims were paid in accordance with the rules of the Independent Parliamentary Standards Authority, which was set up in the wake of the expenses scandal in 2009.

MPs are allowed to spend taxpayers’ money on accommodation, office costs and travel if it is connected to their official duties.