Liam Neeson’s latest film takes $10million on its opening weekend despite admitting he once wanted to kill a black man Liam Neeson caused a race storm while promoting Cold Pursuit But the movie about vengeance has rocketed to No. 3 at the US box office  Neeson told an interviewer he once wanted to go out

Chris Hastings for The Mail on Sunday

Liam Neeson’s latest film has taken in millions of dollars in its opening weekend – despite the furore over his admission that he once went out looking to kill a black man.

Neeson had made the confession while promoting revenge action thriller Cold Pursuit, saying that he had once roamed the streets with a cosh looking for any random ‘black b******’ to kill after someone close to him had been raped.

The remarks sparked an enormous backlash against Neeson, yet the film still attracted a healthy audience since opening in the US on Friday. 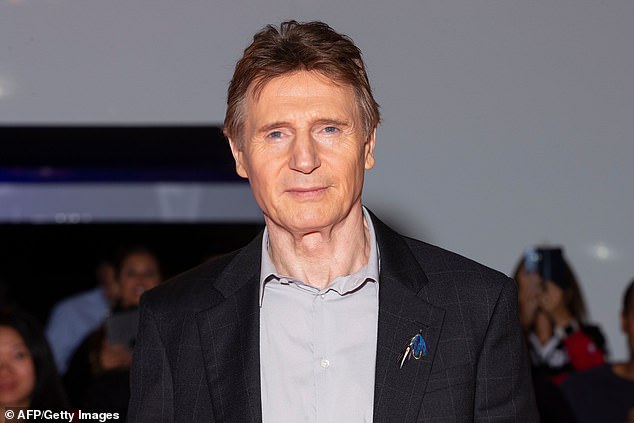 Liam Neeson arrives at the premiere of ‘Widows’ at the Toronto International Film Festival in Toronto, in September 2018

On that day alone it took $3.6 million, and is currently No 3 at the box office.

Cold Pursuit is tipped to take in just over $10 million in its opening weekend, according to expert industry forecasts.

The figures have confounded the view of some commentators who believed the row would turn the thriller into box-office poison and bring an abrupt halt to the career of Neeson, whose previous credits include Taken and Schindler’s List.

The film will be released in the UK on February 22.