Meghan Markle AND royal baby will be liable for American taxes – plus non-earned income over $2,100

REVEALED: Meghan Markle AND her royal baby will be liable for US taxes because the seventh in the line for the British throne will be a dual-citizen

By Leah Simpson For Dailymail.com

Prince Harry and Meghan Markle’s baby will become liable for taxes in the United States as soon as it’s born, which is expected to be in the next few weeks.

Due to the Duchess of Sussex‘s status as an American citizen who has been a resident five years, with at least two of them being since she turned 14, the royal child is obliged to share details of any income.

It includes non-earned income over $2,100 until the prince or princess is at least 18.

It means any property, jewelry or homes passed down from the British royals will become the business of the Internal Revenue Service while the US citizen child is too young to renounce its nationality. 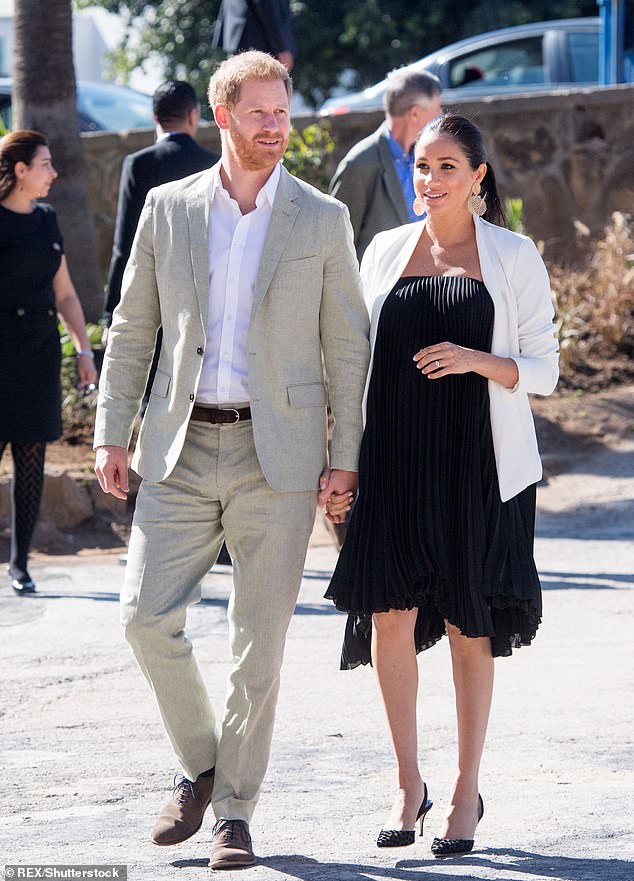 Prince Harry’s royal baby will be liable for American taxes until it’s at least 18. He’s pictured with pregnant Meghan Markle February 25 in Morocco

Any foreign trust fund is eligible for the tax in the US, even if the royal never steps foot on American soil.

‘There is no other precedent of anybody else in the Royal Family who’s been American. So nobody else has ever faced this circumstance before,’ David Treitel, the founder of American Tax Returns Ltd, told CNN.

California-born Markle, 37, still has to file a tax return in the US and report assets over $200,000 and gifts in excess of $15,797, despite her now being a resident of Windsor’s Frogmore Cottage. 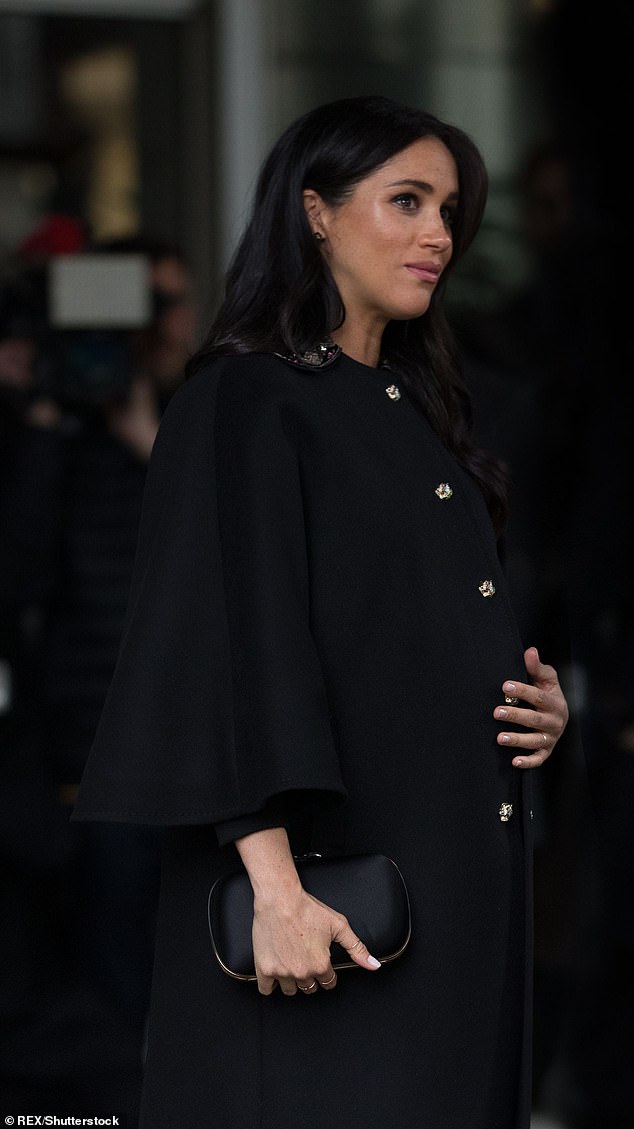 Even if she renounced her US citizenship, she would still have to prove five years of tax compliance, which opens up her financial business to the IRS.

The tax expert predicted it might cause the royals – who receive their salaries from British taxpayers – to put more thought into how to manage gifting.

‘The Queen has got to sit there and her advisers have to sit there thinking: well if I lend Meghan a tiara, if I have the baby use a beautiful silver rattle that was used by Queen Victoria, how much is that worth? What’s the value of it? How much is to be reported to the States? It’s a tough question, it’s not easy,’ Treitel said. 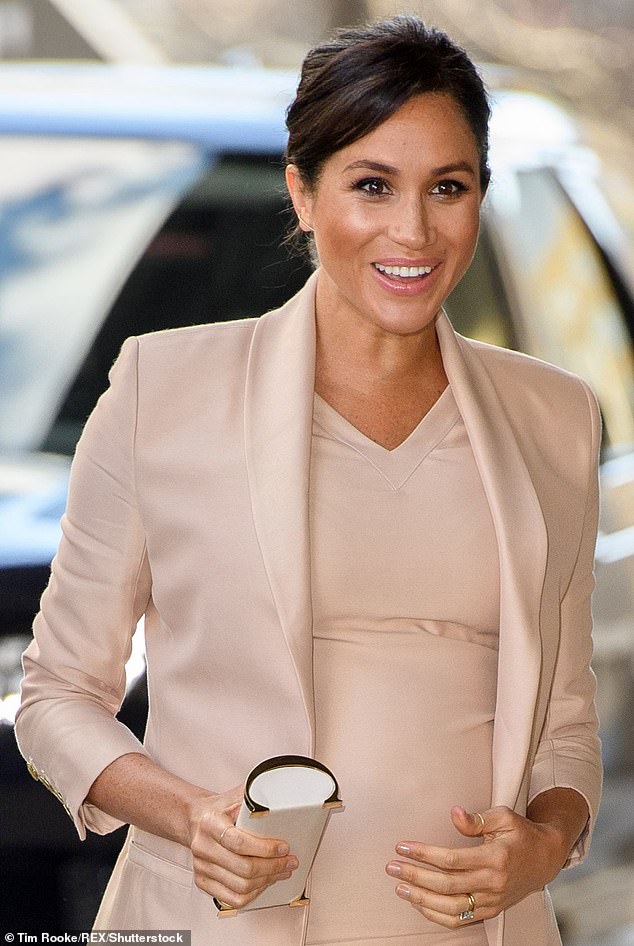 Foreign financial accounts associated seventh in line to throne must be declared due to Markle being American. The Duchess of Sussex also has an obligation to file tax returns

But an internal tax lawyer told CBS the royal accountants would have been prepared for this moment since the Duke and Duchess of Sussex’s relationship got serious.

Stuart E. Horwich said they will have measures in place to make sure nothing unnecessary has to be revealed at risk of the IRS coming after the royal’s money due to Markle-related missteps.

‘I doubt anybody would be careless enough to create a situation where anything that was remotely sensitive would be releasable to the IRS,’ Stuart E. Horwich told CBS. 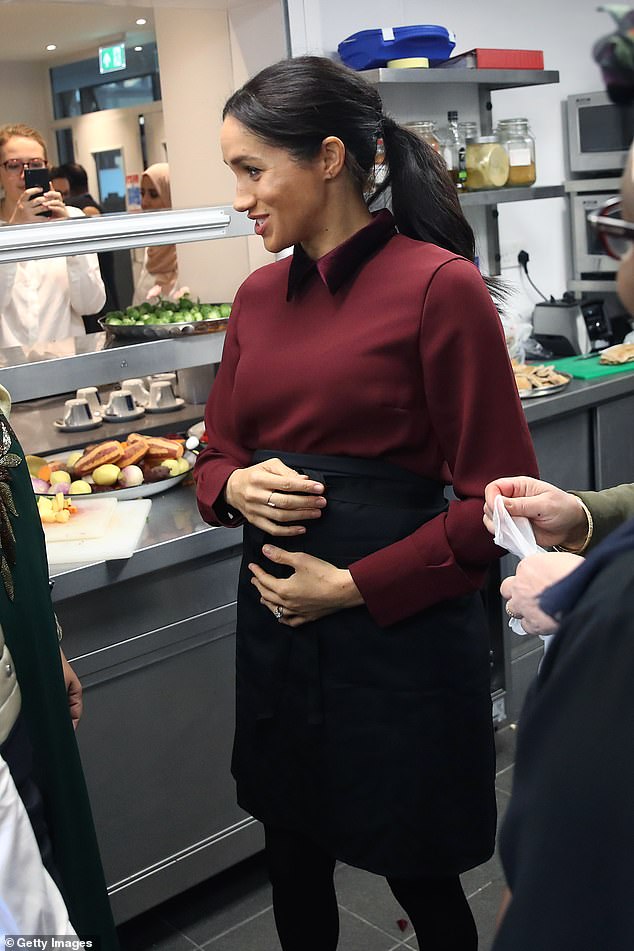 Internal Revenue Service can know about non-earned income over $2,100 that the child receives