An academic has succeeded where even the FBI and Alan Turing failed by cracking the code of “the world’s most mysterious text” within just two weeks. The meaning of the Voynich manuscript, dated to the mid-15th century, has eluded scholars since its discovery in the 19th century. It is named after Wilfrid M Voynich, a 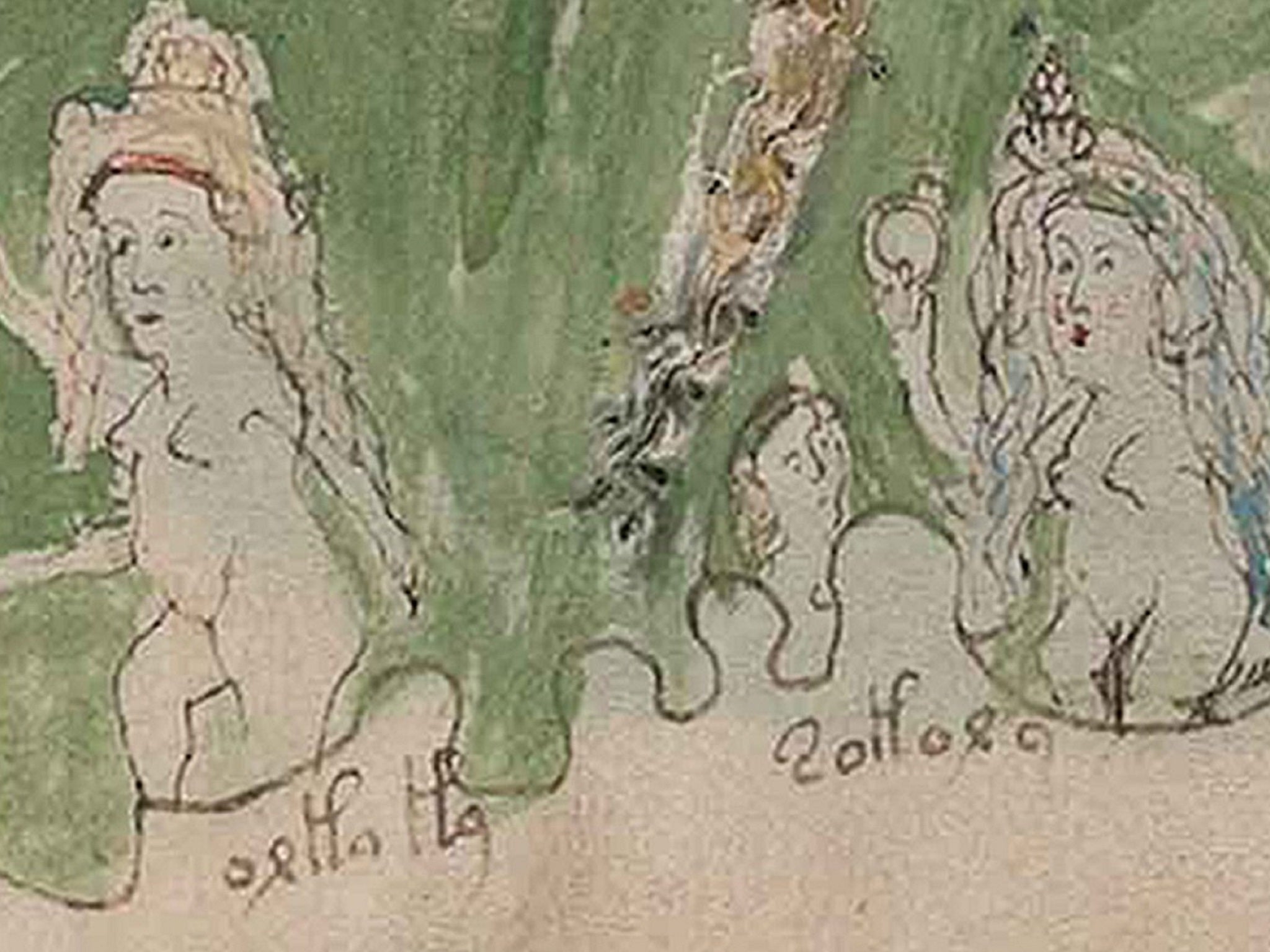 An academic has succeeded where even the FBI and Alan Turing failed by cracking the code of “the world’s most mysterious text” within just two weeks.

The meaning of the Voynich manuscript, dated to the mid-15th century, has eluded scholars since its discovery in the 19th century.

It is named after Wilfrid M Voynich, a Polish book dealer and antiquarian, who bought the script in 1912.

Among those who have famously attempted to crack the code over the years are Alan Turing and his colleagues at Bletchley Park during the Second World War.

The FBI also had a go during the Cold War, apparently thinking it may have been Communist propaganda.

Others believed the script, which is accompanied by pictures of plants, astronomical observations and nude figures, contained magic spells, codes and alien messages.

But Dr Gerard Cheshire, a linguistics expert at Bristol University, believes he has cracked the manuscript’s code and, at the same time, uncovered the only known example of proto-Romance language.

By studying symbols and their descriptions, Dr Cheshire discovered that the manuscript contains information on herbal remedies, therapeutic bathing and astrological readings about sex and reproduction, matters of the female mind, and parenting.

It was written in accordance with the Catholic and Roman pagan religious beliefs of Mediterranean Europeans at that time.

The academic also discovered that the manuscript was compiled by Dominican nuns as a source of reference for Maria of Castile, Queen of Aragon, who is the great-aunt of Henry VIII’s first wife, Catherine of Aragon.

There are images of Queen Maria and her court conducting trade negotiations while bathing, as well as many images of naked women bathing both recreationally and therapeutically.

Also within the manuscript is a foldout illustrative map with the information Dr Cheshire needed to date and locate the origin of the manuscript.

The map tells the story of a rescue mission, led by the Queen of Aragon, to save the victims of a volcanic eruption in the Tyrrhenian Sea in 1444 off the western coast of Italy.

Describing how he cracked the code, Dr Cheshire said: “I experienced a series of ‘eureka’ moments, followed by a sense of disbelief and excitement when I realised the magnitude of the achievement, both in terms of its linguistic importance and the revelations about the origin and content of the manuscript. What it reveals is even more amazing than the myths and fantasies it has generated.

“It is no exaggeration to say this work represents one of the most important developments to date in Romance linguistics.”

The manuscript is written in proto-Romance which is ancestral to today’s Romance languages including Portuguese, Spanish, French, Italian, Romanian, Catalan and Galician.

“The language used was ubiquitous in the Mediterranean during the Medieval period, but it was seldom written in official or important documents because Latin was the language of royalty, church and government,” said Dr Cheshire. “As a result, proto-Romance was lost from the record, until now.”

Dr Cheshire also explained what made the manuscript so unusual in linguistic terms.

He said: “It uses an extinct language. Its alphabet is a combination of unfamiliar and more familiar symbols. It includes no dedicated punctuation marks, although some letters have symbol variants to indicate punctuation or phonetic accents. All of the letters are in lower case and there are no double consonants.

“It includes diphthong, triphthongs, quadriphthongs and even quintiphthongs for the abbreviation of phonetic components. It also includes some words and abbreviations in Latin.”

The next step is to use this knowledge to translate the entire manuscript and compile a lexicon, which Dr Cheshire acknowledged will take some time and funding, as it comprises more than 200 pages.

“Now the language and writing system have been explained, the pages of the manuscript have been laid open for scholars to explore and reveal, for the first time, its true linguistic and informative content,” he said.

The paper, The Language and Writing System of MS408 (Voynich) Explained, is published in the journal Romance Studies.