Need A Break? This Is Why Palming Your Kids Off To Their Grandparents Is So Important

Parenting can feel like an emotional rollercoaster compounded by exhaustion – but sometimes asking for help just adds to the anxiety of it all. Going to your own parents may feel like the logical choice, but nobody wants to be a burden. They’re old, you think – they’ve already worked hard raising you, shouldn’t you

Parenting can feel like an emotional rollercoaster compounded by exhaustion – but sometimes asking for help just adds to the anxiety of it all. Going to your own parents may feel like the logical choice, but nobody wants to be a burden. They’re old, you think – they’ve already worked hard raising you, shouldn’t you let them enjoy the peace and quiet they’ve earned?

Wonderfully, you don’t have to think like that. Science is on your side: handing your children over to their grandparents is not only good for you, it’s good for your parents and kids as well. Everyone’s a winner.

Grandparents over 70 who regularly look after their grandchildren have a 37% lower mortality rate than people the same age who don’t help out. You’re more than a third less likely to die if you look after youngsters than if you don’t – that’s pretty substantial.

[Read More: 13 tweets proving why we love our grandparents so much]

This findings come from a 20-year study of 500 ageing Berliners, which also concluded that non-grandparents over 70 were 57% less likely to die if they helped their adult children out. There’s no clearly-defined cause and effect, but the general thinking seems to be that a sense of purpose is good for you, as is staying mentally and physically active – two things demanded of you when looking after a child. 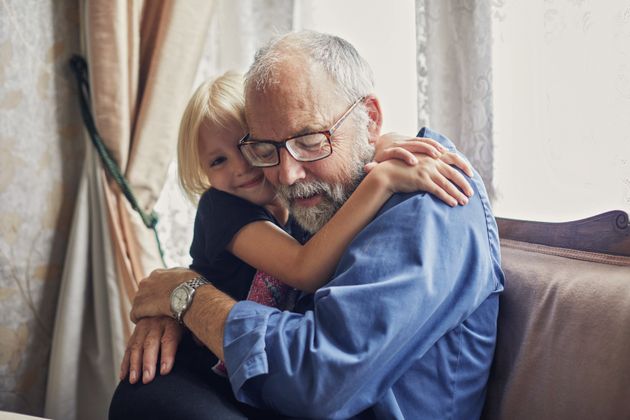 It makes sense – a 70-year-old is a lot less likely to go down a slide, spend an afternoon kicking a football around, or do a whole host of life-affirming things, without a kid about. Playing with a grandchild gives them licence to be playful and silly – something missing from a lot of people’s lives as they age.

And it’s good for the kids as well – they’ll grow up with a more healthy attitude towards the elderly and be less likely to display ageist attitudes, according to a study in child development. Quality of the time spent together is more important than quantity, that study concluded, but that just stands to reason.

So you’re not asking too much of your parents when you palm the little ones off to theirs on a Sunday afternoon. You’re actually decreasing their chances of dying. If you could hand your parents a pill which reduced their chances of death, they’d be delighted – it just so happens this pill is big and squidgy and needs stories read to it.

Next time you and your partner are at each other’s throats due to stress – or even next time the house is in a state and it would be a lot easier to sort out if you didn’t have a child determined to destroy and/or befoul everything – copy and paste this paragraph into the family WhatsApp group:

“Mum! Dad! Great news! I’m bringing you over something which will prolong your lives, giving you much more time to do all those things you love – pottering about in the garden, filling your computer with viruses, driving really slowly and all your other hobbies. I’m doing this, entirely out of love. He/she loves beans/curry/fighting [delete/edit as applicable] and will need a bath/teddy/clip round the ear.

“Also I’m going to a festival! CBeebies is Freeview channel 202. Love you!”