The Wednesday night Democratic debates in Las Vegas broke records as the most-watched Democratic primary debate in history. The event — which pitched billionaire Mike Bloomberg against candidates like Elizabeth Warren, Bernie Sanders and Joe Biden for the first time — drew a combined audience of 19.7 million viewers. That’s more than the previous record, 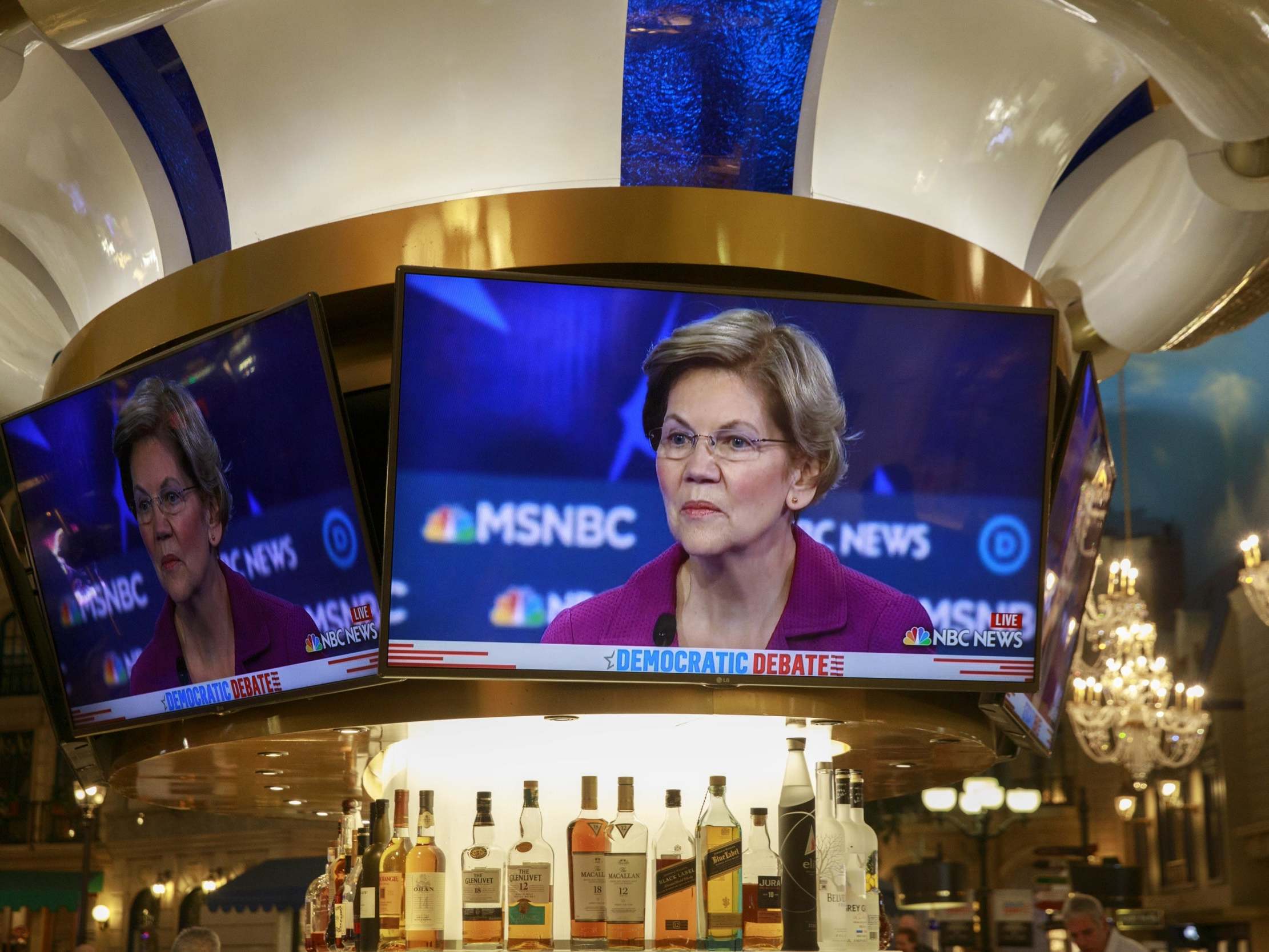 The event — which pitched billionaire Mike Bloomberg against candidates like Elizabeth Warren, Bernie Sanders and Joe Biden for the first time — drew a combined audience of 19.7 million viewers.

That’s more than the previous record, in June, when 18.1 million people tuned in to watch the second Democratic debate of this cycle.

The record-breaking viewership came after interest in the Democratic contests appeared to dwindle, with an average of between six million and eight million people tuning in for the past five debates leading up to Wednesday night’s contest, according to Nielsen ratings.

That interest may have been driven in part by the inclusion of Mr Bloomberg, who entered the race late last year, and has pumped hundreds of millions of dollars into advertising as he pursues a non-traditional campaign approach that focuses on Super Tuesday states instead of the four early states normally seen as essential for candidates with relatively fewer financial means.

But, while Mr Bloomberg has largely been able to spin his own narrative with complimentary advertisements, his performance during the live debate was largely seen as a flop, with Ms Warren receiving considerable attention for her searing attacks on the New York billionaire.

Ms Warren, early on during the debate, slammed Mr Bloomberg and compared him to Donald Trump — who she noted is also a billionaire who has faced accusations that he had mistreated women.

Mr Bloomberg spoke the least out of any of the six candidates on the stage, which also included Pete Buttigieg and Amy Klobuchar.

His campaign has indicated they believe he performed well, considering his late entrance in to the race, and that he has not had as much experience on the debate stage because of that fact.