Oumuamua: Nature of first known visitor from another solar system is still a mystery, scientists claim The nature and origin of Oumuamua, the first known visitor from another solar system, have become more mysterious after scientists claim to have ruled out a major explanation. Researchers had suggested earlier this year that the origins and molecular structure of Oumuamua could be explained by it being a hydrogen iceberg. Among other mysteries, that 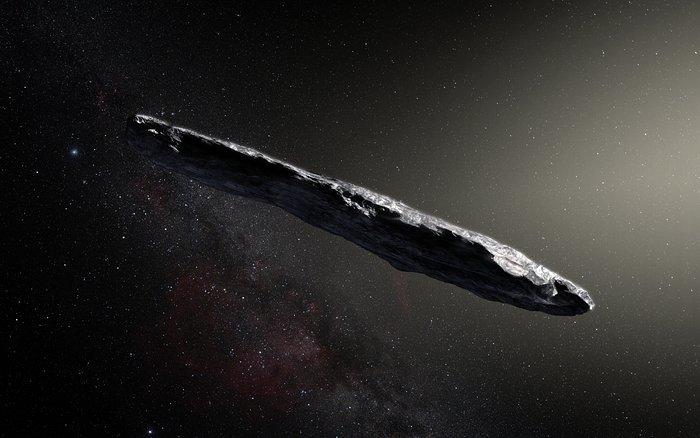 The nature and origin of Oumuamua, the first known visitor from another solar system, have become more mysterious after scientists claim to have ruled out a major explanation.

Researchers had suggested earlier this year that the origins and molecular structure of Oumuamua could be explained by it being a hydrogen iceberg. Among other mysteries, that would help solve the question of how it was able to power itself through such distant space, since pure hydrogen gas would have been able to push it like a rocket.

That explanation was useful to the scientists who have spent years puzzled by Oumuamua, after it was first spotted travelling nearly 200,000mph through our solar system in 2017. It sped up as it went on its journey, without any clear explanation, and seemed to behave somewhere between an asteroid and a comet, though it didn’t fit either category and it remains mysterious where it has come from.

But a new paper from researchers at Harvard and the Korea Astronomy and Space Science Institute (KASI) suggest that such an object would not actually have been able to survive the long journey.

If it were true, the hydrogen ice theory about Oumuamua would be a major breakthrough in understanding the object. It would explain why it was so strangely shaped – like a long cigar – as well as the non-gravitational acceleration as it sped up on its journey.

“We were suspicious that hydrogen icebergs could not survive the journey – which is likely to take hundreds of millions of years – because they evaporate too quickly, and as to whether they could form in molecular clouds,” said Avi Loeb, Frank B. Baird Professor of Science at Harvard and a co-author on the paper published in Astrophysical Journal Letters.

Among other problems with the theory, the researchers suggested that an iceberg of this kind could not be formed through the usual processes that create solid objects of this kind – sticky dust colliding with each other and gradually accruing into a larger object. That would not work with a hydrogen iceberg, the researchers say.

“An accepted route to form a km-sized object is first to form grains of micron-size, then such grains grow by sticky collisions,” said Thiem Hoang, senior researcher in the theoretical astrophysics group at KASI and lead author on the paper. “However, in regions with high gas density, collisional heating by gas collisions can rapidly sublimate the hydrogen mantle on the grains, preventing them from growing further.”

Researchers hope they can learn more about objects like Oumuamua when the Vera C. Rubin Observatory switches on next year. They hope that it is able to spot an average of one of these objects each month, allowing for much more detailed research into where they may have come from.