sanchairat via Getty ImagesStartling statistics highlight the extent of the UK’s surge in knife crime. More than 1,000 teenagers were admitted to hospital with a knife wound last year as the number of serious stabbings surged.  New NHS figures show that admissions for all knife injuries have increased by almost a third since 2012 – 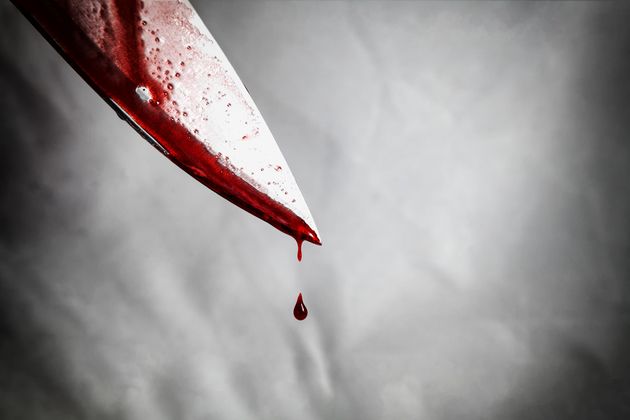 Startling statistics highlight the extent of the UK’s surge in knife crime.

More than 1,000 teenagers were admitted to hospital with a knife wound last year as the number of serious stabbings surged.

New NHS figures show that admissions for all knife injuries have increased by almost a third since 2012 – from 3,888 to 5,052 last year.

“Changes to NHS trauma services have saved an extra 1,600 lives in recent years, but hospital visits linked to knife crime and other violence is a major cause for concern and puts extra pressure on our expert staff,” he said.

“The NHS Long Term Plan sets out more improvements to emergency care services across the country, with more people able to get faster urgent care without the need for an overnight stay in hospital.

“However, far too many young people are able to buy knives on the high street, and we need councils and retailers to work together to stop this.”

More victims will have received treatment in A&E or other urgent care settings where the numbers are not recorded.

Doctors warned that high street sales of knives is helping to fuel the rise in stabbings, and called on retailers to do more to stem the tide of available weapons.

The NHS warning comes as the government confirms it is considering tougher laws for people carrying a weapon.

Many high street shops are breaking the law by selling knives to young people.

Since being attacked, he now carries a knife himself and says “I’m never without my Rambo. I have to make the precautions to ensure that it doesn’t happen to me again.”

Health service data show that there were 5,222 instances where people were treated for knife injuries, many of whom will need long-lasting care for both the mental and physical impact of their trauma.

14-year-old Jaden Moodie was stabbed to death in east London, earlier this year.

Martin Griffiths, consultant trauma surgeon and lead for trauma surgery at The Royal London Hospital, revealed that in one London trust alone, two people a day are admitted to hospital with a stabbing injury, having a devastating effect on families and placing avoidable pressure on NHS staff.

Warning that these incidents have “relentless repercussions” that stretch far beyond the victim, she said: “You never forget the sound a mother makes when given the devastating news that her child has died. I see the wasted opportunities of young people stuck on hospital wards with life-changing injuries. Friends don’t always visit, they carry on with their lives; and some will later join us.

“Since 2013, working with charity St Giles Trust we have successfully reduced retaliation violence and the number of young people returning to us with further violent injuries, down from over 45% to less than 1%.

“Our research shows that a targeted approach by the community may help break the cycle of youth violence.”

Major trauma centres, introduced in 2012, have improved care so that around 1,600 more people survived severe and complicated injuries than would previously have done so.

On Thursday, a report from the Office for National Statistics revealed that the number of homicides involving knives in England and Wales has jumped to the highest level since records began.

This was an increase of 73 compared with 2016/17, and the highest number since the Home Office’s Homicide Index began in 1946.

Diana Fawcett, chief officer at charity Victim Support, said: “We’re now witnessing the highest ever number of knife-related deaths and it’s deeply troubling that these rises are being driven by a huge increase in the number of young people whose lives are being lost to this epidemic.

“These figures further highlight the need for all agencies to come together to tackle this increasing crisis which is destroying lives and shattering communities.”

Last week Home Secretary Sajid Javid announced plans for new knife crime prevention orders that could be imposed on suspects aged 12 or over.