Steph & Dom solve your sex, love & life troubles: My husband has become obsessed with his looks

TV’s Steph and Dom Parker, 51 and 54, draw on their 20 years of marriage to solve your relationship problems . . . Q: I’m 46 and have been happily married to my husband for 17 years. We have two daughters, seven and ten. He has recently become obsessed with the gym. It’s so out

TV’s Steph and Dom Parker, 51 and 54, draw on their 20 years of marriage to solve your relationship problems . . .

Q: I’m 46 and have been happily married to my husband for 17 years. We have two daughters, seven and ten.

He has recently become obsessed with the gym. It’s so out of character. In the past, he never used to work out, but, last year, he started feeling quite self-conscious that he had put on weight. (I’d noticed he had a bit of a beer belly.) So, in January, he signed up to a local gym. I was supportive, but I never expected he would take to it like he has.

He goes at least three or four times a week, often on weekends as he works late on weekdays. This is really hard as, to me, this is family time. Plus, he’s become so vain.

Now he is cooking separately to the family, which really gets on my nerves. His healthy eating and exercise routine make me feel like he’s judging me. What would you do? 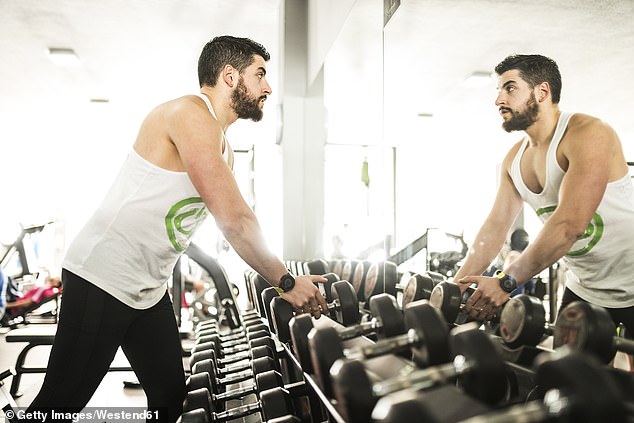 STEPH SAYS: So, you’re a ‘gym widow’. I know many women who have complained of being golf or rugby widows, but this, I have to say, is a new one for me. And I don’t quite buy it.

Normally, when women complain about their husbands disappearing off for sport, it’s because they’re away for hours on end and usually return half-cut, but this is not that.

I assume his gym sessions last around an hour or so, and he’s not watching sport and heading to the pub — he’s getting fit! No, no, there’s more to this than meets the eye.

It’s clear you expect me to sympathise with you, to advise you to tell your neglectful husband to buck up his ideas and pay you more attention. But I’m afraid I’m going to disappoint.

I don’t think he’s the problem — I think you are. Your husband is having a very sane and healthy reaction to the realisation that we are all mortal.

The wrong side of 45 brings with it many wonderful things . . . and the terrifying prospect of getting older. We all have to deal with it eventually, and becoming as fit as we possibly can seems to be the best reaction to the fear we all face.

Your husband has probably been fat and happy for many years, which is wonderful. 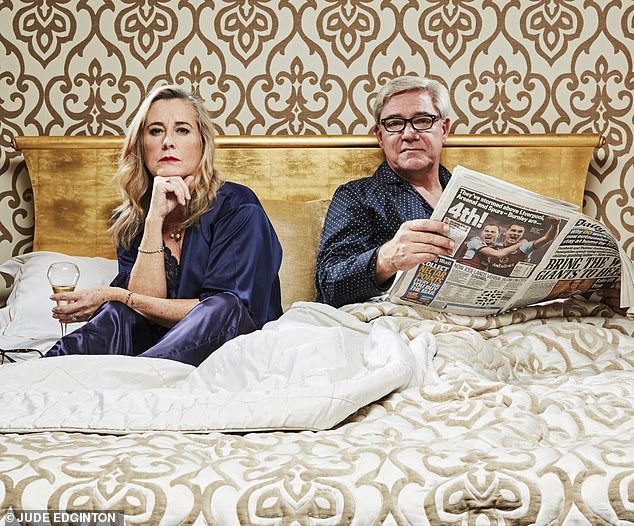 But now he’s no longer happy and has decided to take matters into his own hands. Why are you not standing beside him cheering him on?

I suspect the answer is because his action is highlighting your own inaction. His fitness is showing up your, well, fatness? You say you’re worried he’s judging you. He loves you and I’m sure he is not, but here’s the thing — you are judging yourself and finding yourself lacking.

I don’t think for a second your husband is going to waltz off with some flat-tummied creature from the gym.

He’s not the problem — you are!

He loves you. You’ve been happily married for 17 years. And all of us change how we look as we age. The packaging on the outside may pick up a few dents and dings on the way, but it doesn’t change who we are on the inside.

But at the moment, on the inside, you’re not happy. You are, in fact, feeling pretty insecure. So I say take control.

I understand your reluctance to go to the gym — I loathe the gym. But put that to one side. This is about your health and your marriage. Do not let your husband change his life without you. You have to get involved. You both need to be fit and healthy so you can live a long and happy life together. Turn this into a project for you both.

DOM SAYS: You don’t say how old your husband is, but if he’s your age, or a couple of years older, then I’d warrant I know what he’s feeling.

I certainly recall seeing 50 looming up at me in the mirror and thinking it was time to give up smoking, cut back on the booze and dust down the gym membership.

Of course, I didn’t do any of those things, but I definitely thought about them! Your husband is to be commended for actually going through with the good intentions so many of us have.

It sounds to me like a classic, and, it has to be said, rather benign, midlife crisis. 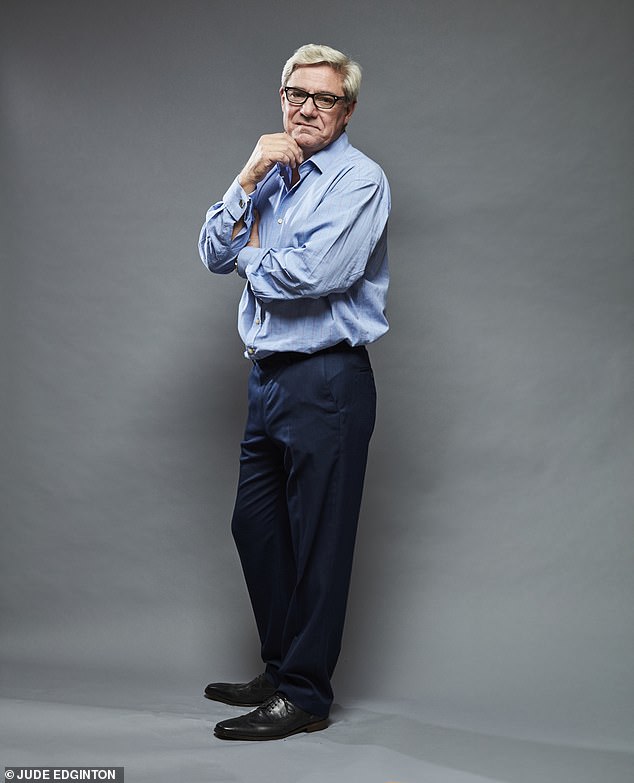 The male body changes too in midlife, you know. The male menopause is a very real thing, and maybe your husband was feeling low about his body.

Perhaps he was feeling unwell and decided it was time to take his health seriously.

To be honest, I feel you should be more supportive. It’s hardly a sin, is it, to want to take better care of yourself? I confess I’m not remotely interested in going to the gym, but I understand that, once one develops the habit, it can be rather addictive.

All that charging about boosts your endorphins and people can become quite hooked on the natural high feeling it gives.

Also, like any routine, once your husband has become used to going to the gym three or four times a week, he’s going to feel bad again if he skips a day here or there.

This is a classic male midlife crisis

Again, I’m struggling to see why the poor chap is doing anything wrong.

Of course, there is always the possibility there is a nefarious reason for heading to the gym so much.

His newfound dedication may not be to the crosstrainer, but to his personal trainer, or, indeed, another gym bunny.

He may well have developed a bit of a crush — or more — on one of his fellow Lycra-clad exercise junkies.

But it’s probably unlikely. Were that the case you’d have noticed other changes, too, I’m sure.

If he develops ‘mentionitis’ about the woman who runs the spin class, then you may have a bigger problem, but if all else is equal, I wouldn’t fret too much.

The one thing I do sympathise with is the fact that he seems to be leaving you and the kids out a bit.

Change the activity to suit the family, but don’t try and stop the activity itself. Why on Earth would you? Time to buck up and get your trainers on, too!

If you have a question you’d like Steph and Dom to tackle, write to: stephanddom@dailymail.co.uk