The Independent employs reporters around the world to bring you truly independent journalism. To support us, please consider a contribution. Donald Trump‘s campaign has requested the first presidential debate ahead of November’s general election be rescheduled to early September if a fourth debate cannot be added to the schedule. A letter from the president’s personal attorney 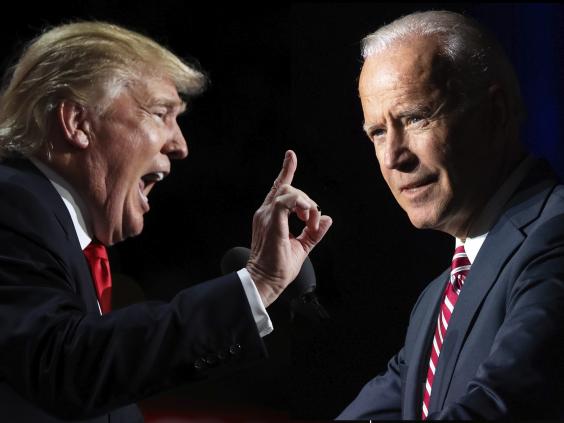 Donald Trump‘s campaign has requested the first presidential debate ahead of November’s general election be rescheduled to early September if a fourth debate cannot be added to the schedule.

A letter from the president’s personal attorney Rudy Giuliani, to the Commission on Presidential Debates argued that voting in more than a dozen other states means several million voters will already have cast mailed-in ballots before the first scheduled debate on 29 September.

“For a nation already deprived of a traditional campaign schedule because of the Covid-19 global pandemic, it makes no sense to also deprive so many Americans of the opportunity to see and hear the two competing visions for our country’s future before millions of votes have been cast,” said Giuliani, calling the current schedule “an outdated dinosaur and not reflective of voting realities in 2020.”

Several states have prepared for a demand for absentee ballots among voters looking to avoid coming into contact with the coronavirus at the ballot box, though an impeded US Postal Service and the president’s ongoing attacks against mail-in voting, including baseless claims about mass voter fraud, have

On Tuesday, the president appeared to reverse course on mail-in ballots in the swing state of Florida, claiming that the state’s Republican governors better prepared the state for absentee turnout – though governors in 25 other states and many election officials are also Republicans. GOP officials also have feared that the president’s rhetoric against absentee voting could be polarising to his own supporters who rely on the practise.

“The solution is easy: add an additional debate in early September before the first ballots are sent out in North Carolina [on 4 September], or move up the final debate currently scheduled for [22 October] into the first week in September,” Mr Giuliani said.

Mr Giuliani said that a “simple studio format with no audience should be established as an emergency back-up plan for all currently scheduled presidential and vice presidential debates”.

The campaign has accused Democratic challenger Joe Biden of trying to skip out of the debates, though in June his campaign committed to the three scheduled debates. Several commentators have urged him to avoid debating the president, who they argue will likely spend time on stage spouting misinformation, while the Trump campaign seeks to lure the former vice president into a public gaffe.

In a statement, Biden campaign spokesman Andrew Bates reiterated that the candidate ”will appear on the dates that the commission selected and in the locations they chose.”

“Donald Trump has not,” he said, “continually trying to insert his choice of friendly moderators, now including one who just published an op-ed offering ‘the case’ for Trump’s re-election.”

The commission has scheduled three debates and one vice presidential debate.

In addition to a debate on 29 September in Ohio, the candidates are expected to appear on 15 October in Miami and 22 October in Nashville.

A debate between Mike Pence and Biden’s running mate is set for 7 October in Salt Lake City.