Two Southampton fans were detained by police for mocking the death of Emiliano Sala by making airplane gestures towards Cardiff City supporters inside St Mary’s Stadium.

This was Cardiff’s first game since it was confirmed that their £15million signing had died in a plane crash and tributes were paid to the player following the tragedy.

Yet sickening footage emerged afterwards showing two men in the stands at St Mary’s, stretching their arms out wide and pretending to be planes towards the away end. 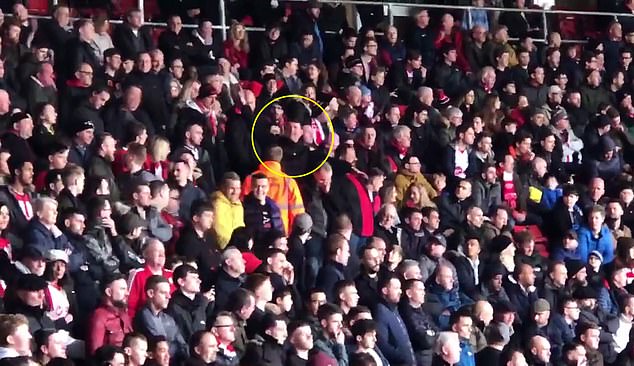 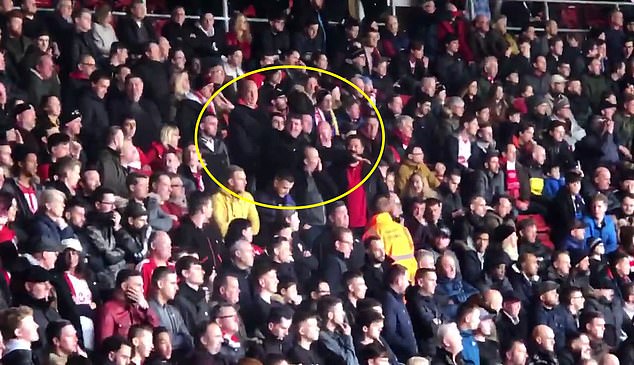 Cardiff fans can be heard in the video calling them ‘sick’ while a steward approaches the pair. Both fans had their details taken by Hampshire Police and will face three-year banning orders from the South Coast club.

A Southampton statement read: ‘Southampton Football Club can confirm that two fans were detained and had their details taken by police during our match against Cardiff City on Saturday.

‘The Club will continue to work with Hampshire Police to identify any individuals deemed to have made indecent gestures towards Cardiff supporters.

‘Such behaviour has no place in our game and will not be tolerated at St Mary’s. The club will be taking an extremely firm stance against anyone involved and intends to ban those supporters identified.’

The visitors won via a stoppage-time winner from Kenneth Zohore and manager Neil Warnock said afterwards: ‘We wanted to do it for Emiliano and I’m really proud the lads have done him justice.’

Players in games across the Premier League and EFL wore black armbands in tribute to Sala. 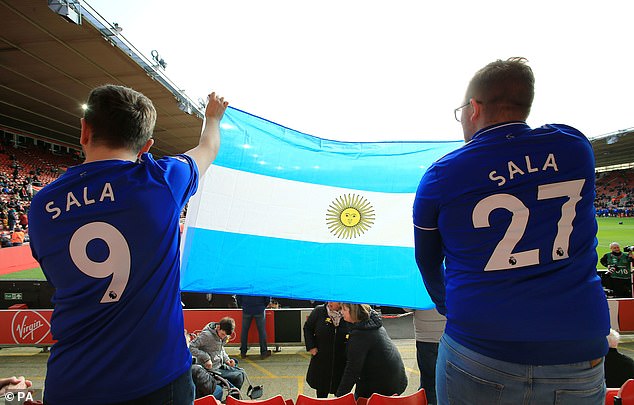 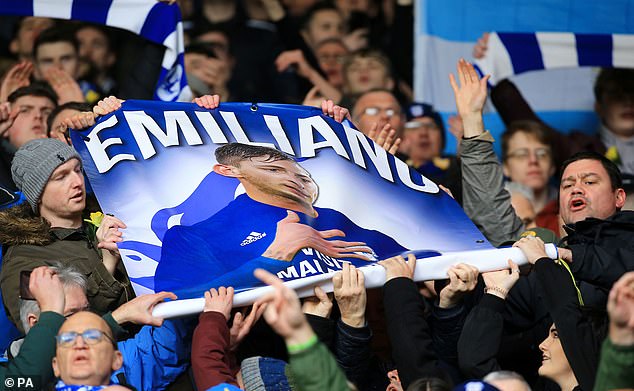 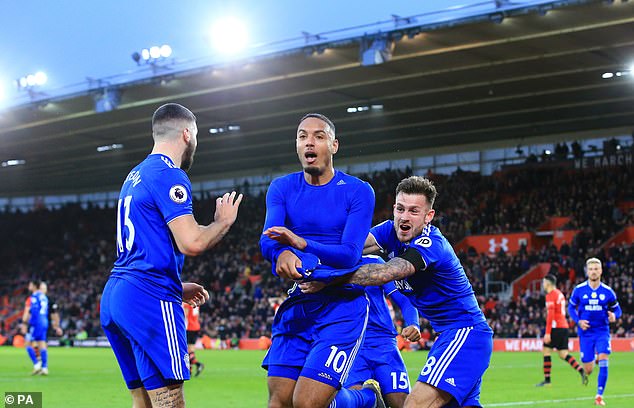 There was a minute’s silence at St Mary’s while Cardiff fans wore daffodils in memory of the Argentine. They also sang his name throughout.

Sol Bamba, who scored Cardiff’s other goal, said afterwards: ‘It’s been a tough couple of weeks. I know Emiliano Sala was looking from up there so it’s good to get the three points.’

Sala, 28, was travelling to Cardiff in a light aircraft with pilot David Ibbotson which went missing over the English Channel on January 21.